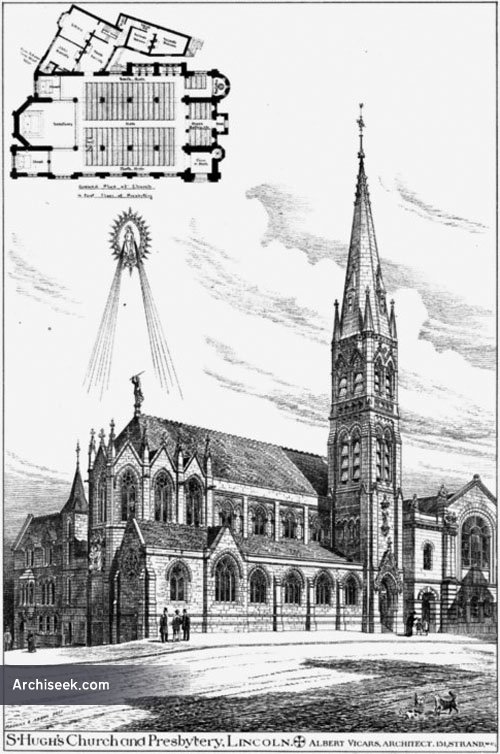 In July 1875 Canon Croft, later MonsIgnor Provost, left a lovely Church and presbytery in Worksop and arrived in Lincoln. The church and presbytery was dilapidated and Canon Croft was determined to replace the old buildings more worthy of the Church of God. A well-to-do local catholic offered to build a church for £7000 and Canon Croft, a man with a keen eye where money was concerned set out to raise the money himself. He obtained permission from the Bishop to demolish all the old buildings and the two houses. Money was raised through benefactors, holding a bazaar and Sunday collections. Bishop Bagshawe laid the foundation two years later on the 17 Novemeber 1892. Thirteen months later on Tuesday 19 December 1893 the church was opened by Cardinal Vaughan and dedicated to St Hugh of Lincoln at a cost of £7300 including the benches and high altar.