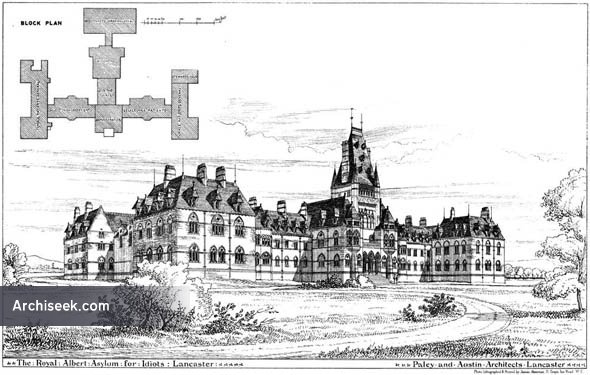 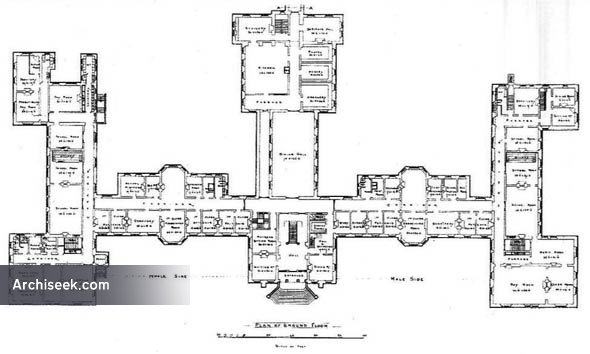 The chief stone of a new asylum for idiots of the six northern counties of England has been laid with Masonic ceremonial by the Earl of Zetland as Grand Master. Upwards of £40,000 of the £60,000 necessary for the erection of the edifice have already been contributed. The site is a plot of land containing 67 acres, lying 150 ft. above sea-level, and almost a mile south of Lancaster, and has been purchased at a cost of £10,000. As the whole of the necessary funds have not as yet been raised, it has been deemed desirable, and the contracts have recently been let, to erect the building so as to accommodate 500 inmates at a cost of £42,900. It will be erected so as to admit of easy and inexpensive enlargement. The building has been designed in the Gothic style of architecture adapted to modern requirements. Source: The Builder 1868 Vol XXVI 27th June 1868 p.477