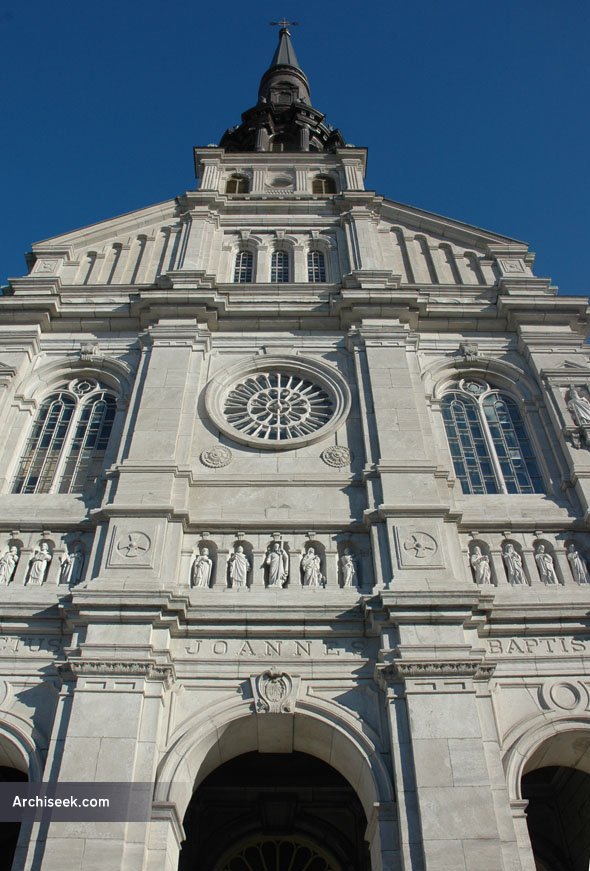 Following the fire of 1881 that destroyed Saint-Jean Church (constructed in 1847) and almost the entire Saint-Jean-Baptiste suburb, Joseph-Ferdinand Peachy was asked to construct a new church. He created a brilliant masterpiece that was blessed on July 27, 1884. The architect first copied the plan of a 12th century building, and foor the façade, he decided to reproduce, without any noticeable changes, that of the Église de la Trinité de Paris, which he had visited in 1879. This façade is adorned with 17 statues signed by Michele Rigali.