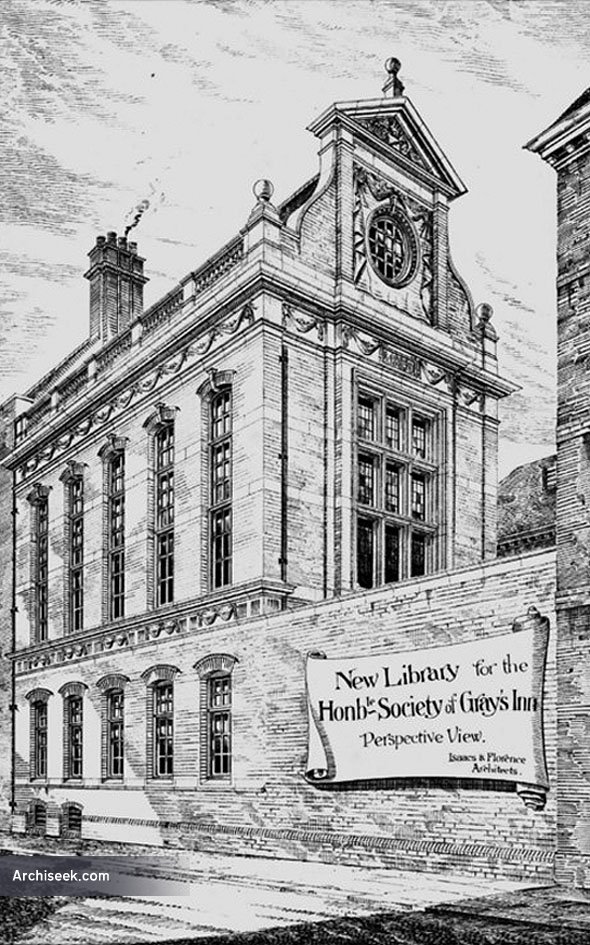 The Library of Gray’s Inn has existed since at least 1555, when the first mention of it was made in the will of Robert Chaloner, who left some money to buy law books for the Library. Over the years, various buildings and rooms were added, and in 1883 a new Library was constructed with space to store approximately 11,000 books. This was rapidly found to be inadequate, and in 1929 a new Library, known as the Holker Library after the benefactor, Sir John Holker, was opened. The building did not last very long – damage to the Inn during the Blitz completely destroyed the Library and a large part of its collection, although the rare manuscripts, which had been moved elsewhere, survived. A new building designed by Sir Edward Maufe was opened in 1958.