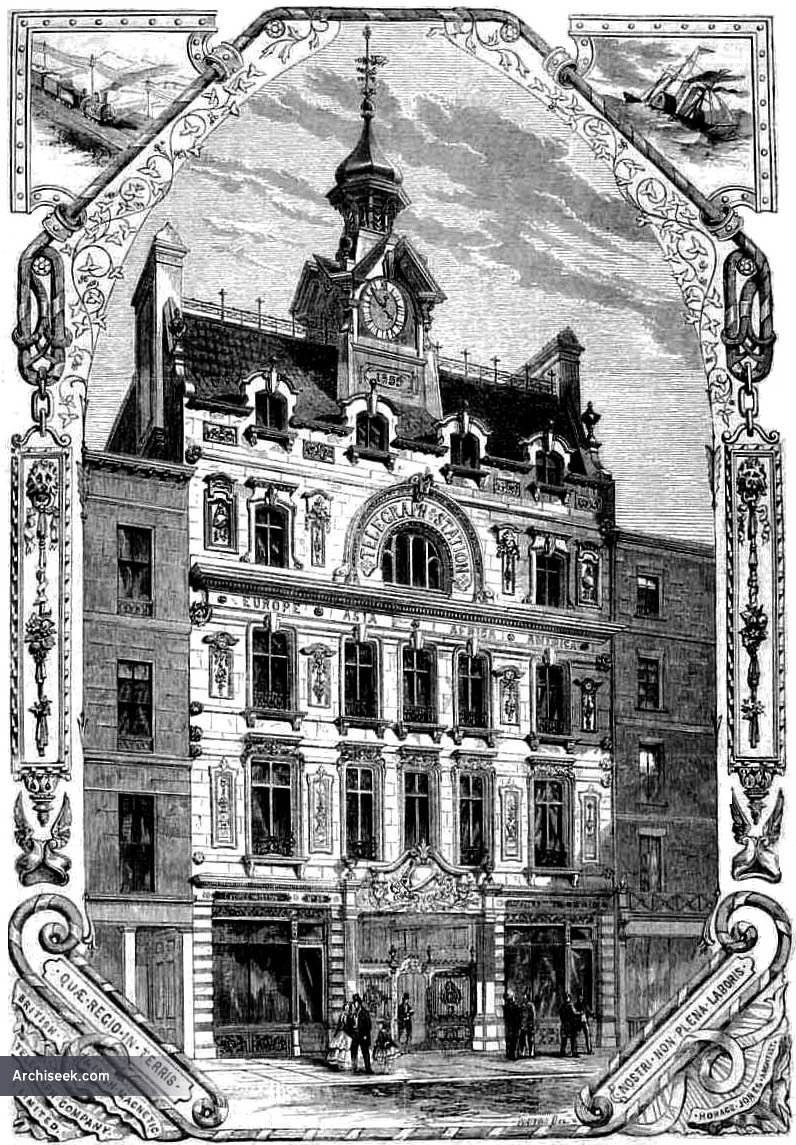 A Central Office for the British & Irish Magnetic Telegraph Companyat 58 Threadneedle Street opposite the Bank of England. Described as “a rather fanciful and very ornate French Renaissance façade, crowned by a lofty clock-tower. There was a good deal of very well executed carving in the front; the roof with its dormer windows made a leading feature in the composition.” The design was by Horace Jones, and as originally designed the ground floor contained the Public Office, the first floor the secretary’s and clerical offices, the second floor the instruments of the London District Telegraph Company, and the third floor the apparatus of the Magnetic and Submarine companies.