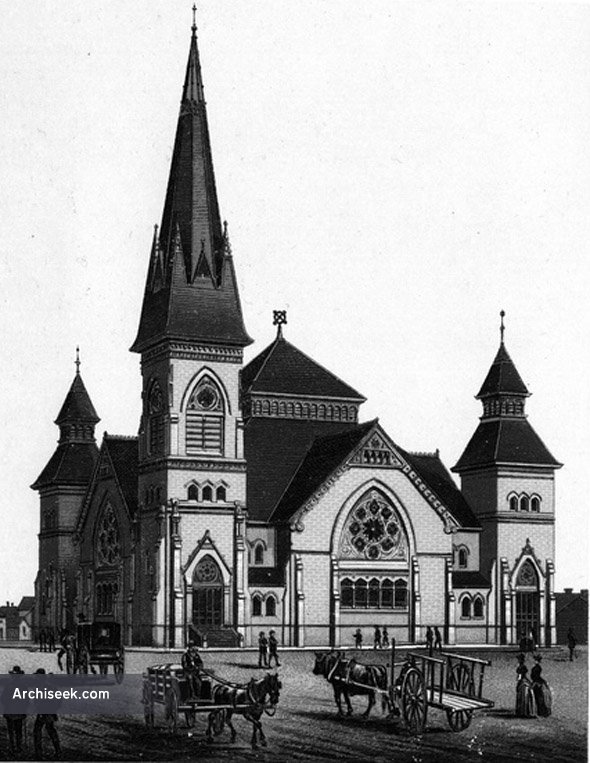 Built in the boom years of the early 1880s, the cost of this new church, with the site, was $60,000; it was opened for services on 17 August 1884. Unforeseen factors such as street noise and the encroachment of business eventually led to the sale of the property. A new site was secured in 1913 at the corner of Edmonton Street and Qu’Appelle Avenue, opposite Central Park, at a cost of $80,000. This church building was eventually demolished.