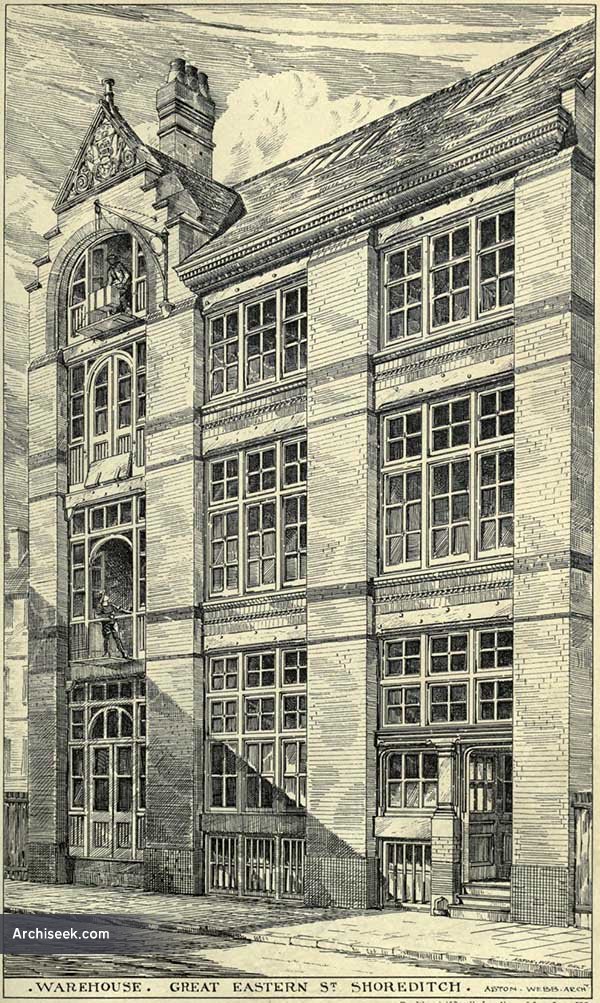 Perspective view published in The Building News, March 18th 1881. “This building has been erected by Messrs. Waters and Son, of 34, Eastcheap, in a plot of laud held from the Metropolitan Board of Works, with two frontages of 40ft. to Great Eastern- street, and to Willow-street at the rear. The front portion, including a basement and four floors over, is used for the manufacture and carrying on of an extensive pickle business, and has a large double cartway, giving ample access and egress from Willow- street, a lift direct from which serves all floors. In the Willow- street portion are also lofty stables 15ft. high, harness-room, and loft over, and a carter’s residence over the double cartway. The materials are common stocks and red brick bands, cornice, &c. A simple treatment of brick piers and trabeated openings has been adopted, as lending itself most readily to large window -space and ample light. A little brick carving has been sparingly introduced into gable over the crane, doors, and in brick cornice. The work has been carried out by Mr. B. E. Nightingale, builder, of Lambeth, Mr. Aston Webb being the architect.”