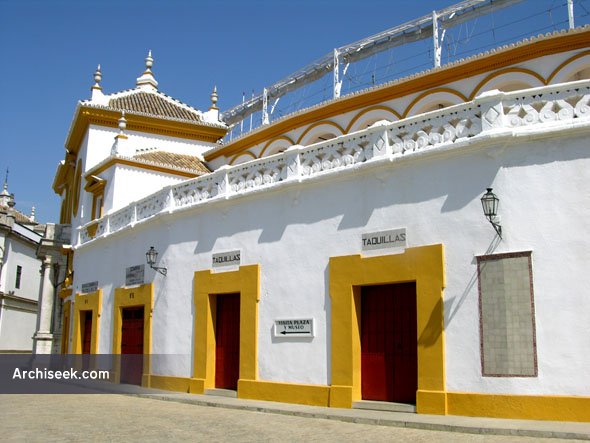 This magnificent bullring is considered to be one of the finest in Spain and is one of the oldest in the world. The building, with its impressive Baroque façade, dates from 1762 -1881 (under a succession of architects) and was immortalized in Bizet’s Carmen. The arena accommodates 14,000 and, despite its size, the acoustics allow you to hear everything wherever you’re sitting. The main entrance is the Puerta del Príncipe (the Prince’s Gate) with beautiful 16th-century iron gates, originally from a convent, made by Pedro Roldán. After an outstanding performance the torero (bullfighter) will be carried out through these gates on the audience’s shoulders.