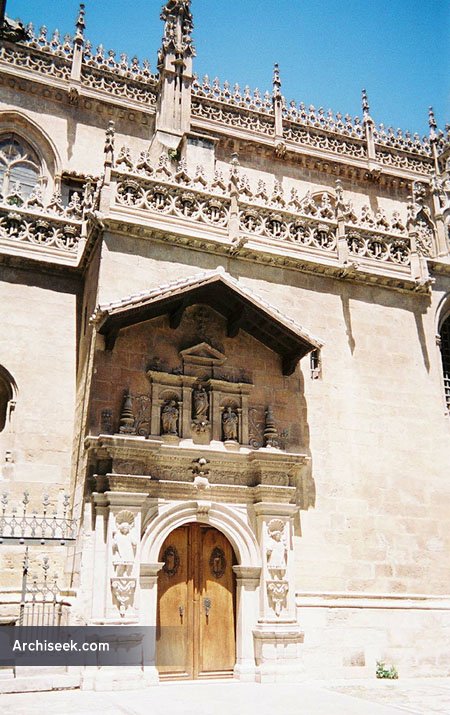 Diego de Siloé began its construction but the main part of the building was erected according to his plans between 1597 and 1715, the year which saw the completion of the impressive baroque tower. The interior immediately demonstrates the length of the work through design evolution – the Gothic style of the entrance naves gives way, beyond the transept, to a Renaissance style which reaches the peak of its expression with a lantern dome which tops the false transept. The Chapel of St Torquat, is a work by Diego de Siloé; it has an entrance arch called the “bulls’ horn” where the breadth diminishes as it curves round.