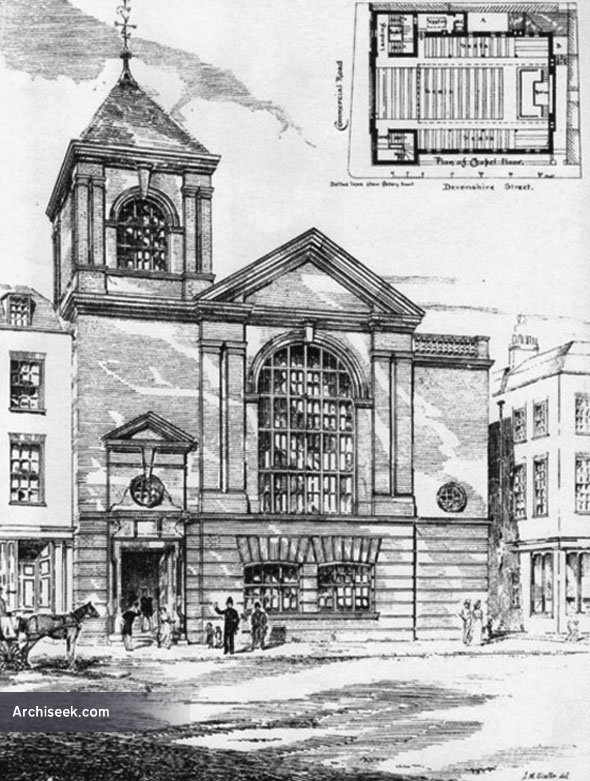 “The ground- floor is occupied by school and class-rooms, heating-chamber, offices for boys and girls, «&c. The height of these rooms is about 13ft. clear. The chapel is 59ft. by 37ft. Bin., and has a gallery round three sides, the end one being deep. The ceiling is a very flat curve, and is some 30ft. from floor to highest part. Ventilation is by inlet tubes and two- large Howarth’s ventilators in roof. The building is of red brick. The fact that the chapel stands over the East London Railway necessitated placing the tower where it now stands, this being clear of the tunnel. The rest of the chapel is on the tunnel; this incurred additional expense in the foundations. The tower-roof is tiled, the chapel slated. Mr. J. Bentley, of Waltham Abbey, is contractor for the superstructure, and the work is being carried! out under the supervision of Mr. E. Early Hollis at a cost of £3,900.” Perspective view & ground plan published in The Building News, May 13th 1881.