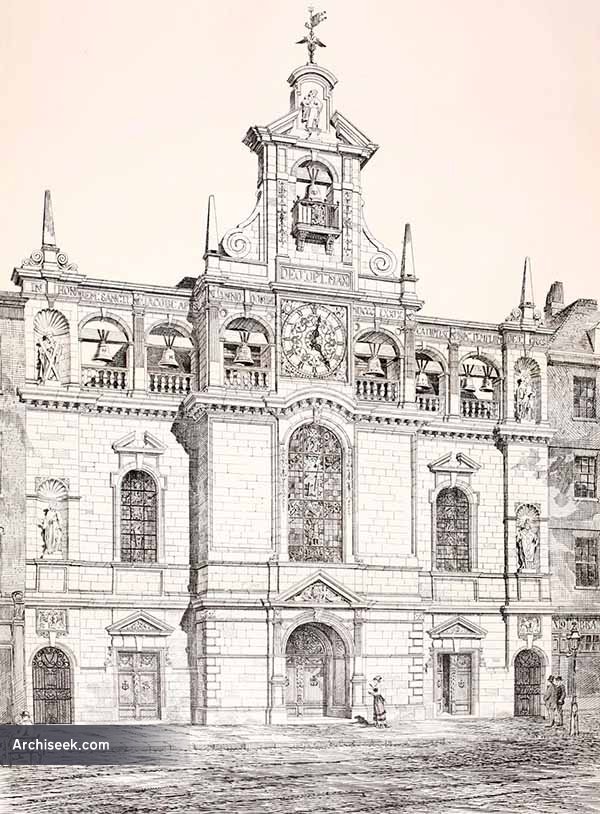 “The chm-ch of St. James, Marylebone, is a plain structure of Italian architecture, of which the most interesting feature, perhaps, is the roof, the construction of which is a good specimen of the carpentry of its day. The facade, which is stuccoed, has long been in bad order. The design, of which we give an illustration, was prepared some time back by Mr. Gilbert Scott to replace the present dilapidated front. The style of the building, .such as it is, deter- mined the style of the design, the principal motive of which was to connect the facade of the chapel with the houses upon either side of it, so that it should form a portion of the general street frontage, while at the same time it should be sufficiently marked out from the houses ad- joining it by the character of its elevation. Westmoreland-street is a short street, and the facade of St. James’ church occupies about the centre of its length, looking directly down a cross street of some width. The situation is thus architecturally a very good one, as the church forms, or rather might form if properly treated, the commanding feature of the whole street. The design includes a clock-face and provision for a chime of eight bells in connection with the clock, the larger bells being available also for ringing.” Perspective view published in The Building News, October 17th 1879.