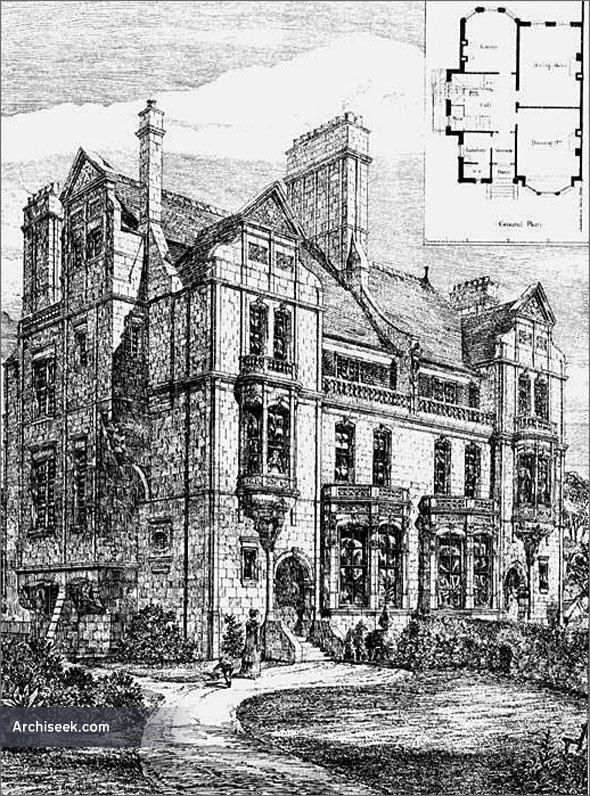 Perspective View including ground plans published in The Building News, June 13th 1879. “These houses which we illustrate this week from the pen and ink drawing now on view at the Royal Academy Exhibition are being built in Nightingale-lane, Wandsworth, by Mr. Jennings, the sanitary engineer, who is his own builder in this case. The buildings were originally intended to be faced with Tisbury stone, but the detail has been slightly altered from the first design to allow of the “work being carried out in red brick and terra-cotta. The terra-cotta is being made by Mr. Jennings at his works at Parkstone, and is of a buff colour. The sanitary arrangements of the houses will be on as perfect a model as can well be conceived, all Mr. Jennings’s latest improved apparatus being employed, and the same may be said of the heating of the halls and staircases, as well as the ventilation throughout, all being in the proprietor’s own method. Mr. T.E. Collcutt is the architect.”