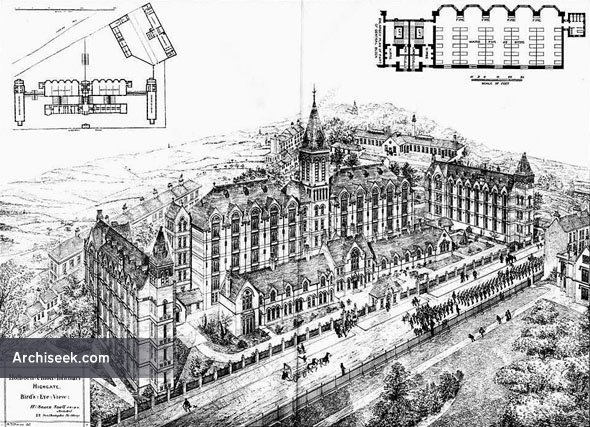 In 1877-9, a new Union infirmary was erected at the west side of Archway Road, in Highgate. It was designed by Henry Saxon Snell, who was also responsible for a number of other London workhouse and hospital buildings around this time. The infirmary later became Archway Hospital and then from 1948 as Whittington Hospital, Archway Wing. In 1998, the buildings were acquired by the University of Middlesex and University College, London. Birds eye view including General Plan & Enlarged Plan of Central Block published in The Building News, March 14th 1879.