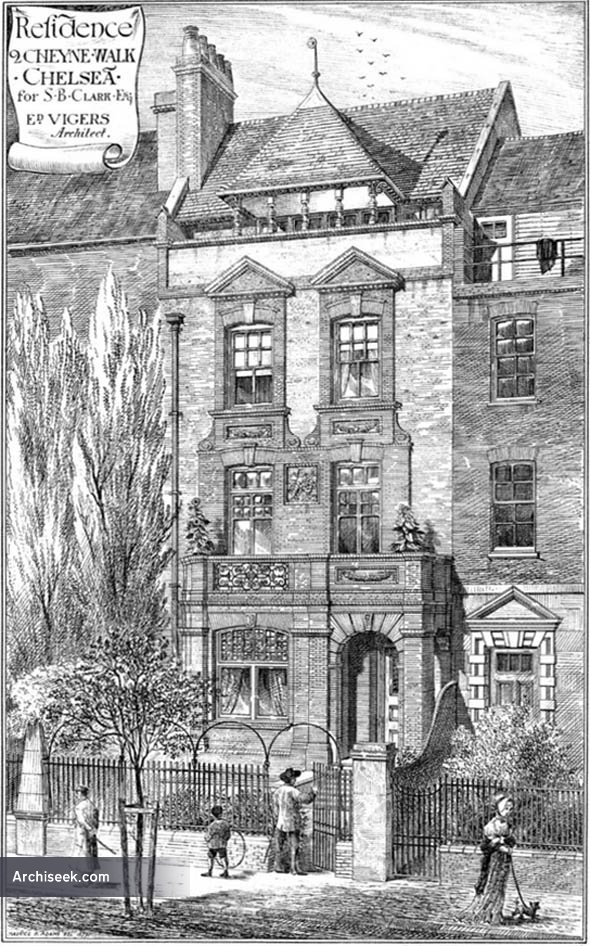 Published in The Building News, September 26th 1879, as a residence for S.B. Clark esq. “This is an illustration of a new front that has been put to an old house. The interior, with the exception of certain repairs, remains intact, and necessarily difficulty was encountered in adapting a new front to the old floor-levels. How far this difficulty has been overcome, the elevation will speak for itself. The materials are red bricks, the bays, projection over same, and aD dressings are in gauged work. The pent and roof are covered with tUes. The wall and fen«e to forecourt are as originally existing. The works have been carried out by Messrs. G. J. Birmingham and Co., builders, 73, Charlotte- street, Portland-place, under the direction of Mr. Edward Vigers, of 38, Parliament-street. ”