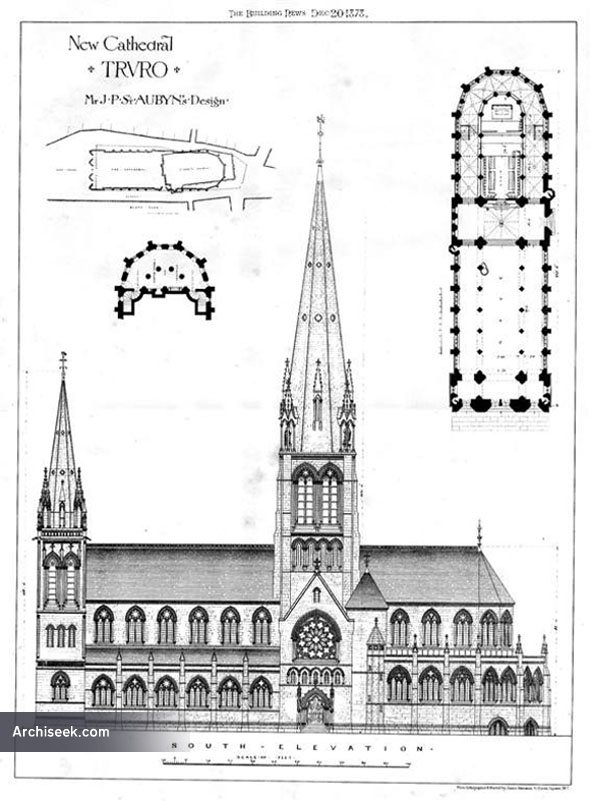 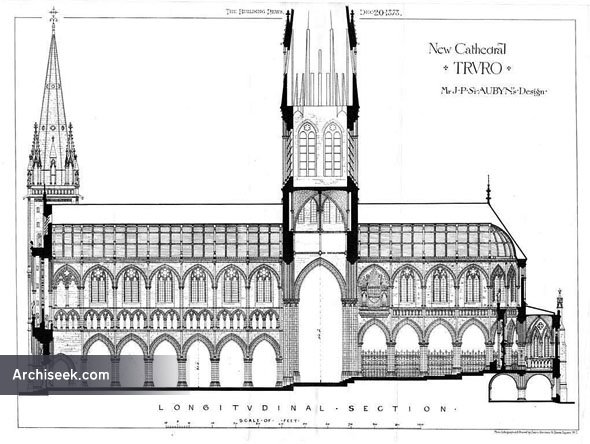 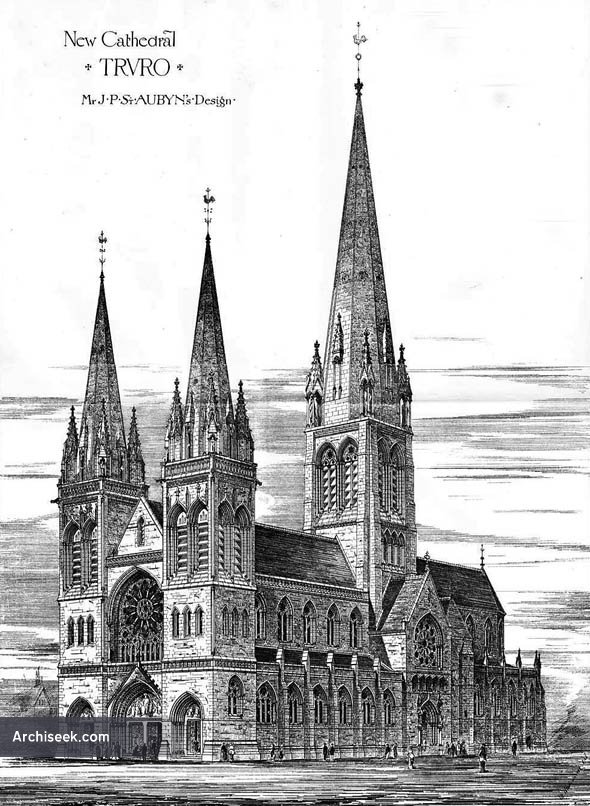 The see of Truro was established in 1876 and the first Bishop consecrated in 1877: this was the first cathedral to be built on a new site in England since Salisbury Cathedral in 1220. Construction began in 1880 on the site of the sixteenth-century parish church (St Mary the Virgin) to a design by the architect John Loughborough Pearson, after an architectural competition. Two foundation stones were laid in 1880 and the first section of the cathedral was consecrated in 1887. The central tower was completed by 1905 and the building was completed with the opening of the two western towers in 1910. Pearson died in 1897 and the work of his architectural practice was continued by his son, Frank.