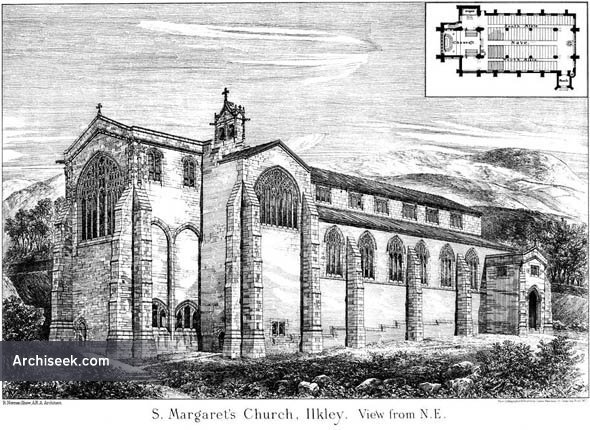 Norman Shaw’s appointment as architect was confirmed at the end of 1873 following the formal transfer of the site to the Church Commissioners. He was instructed to draw up plans for a church to hold 600 and it was suggested to him “˜That transepts, intercepting from part of the congregation a full view of the chancel are not desirable. That stress is to be laid on massiveness and grace of proportion rather than minuteness of decoration’. It was decided to name the church St. Margaret’s as a compliment to Miss Margaret Snowden, daughter of the Vicar of Ilkley.