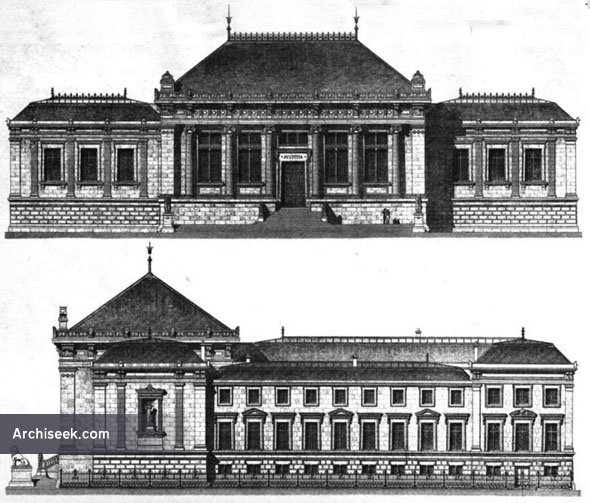 From The Architect, January 23, 1875: Last Year year there was a competition among French architects for this building, and the prize was carried off by M. Jules Bourdais, who was subsequently awarded one of the Salon premiums for his design. Some critics, however, objected to it at the time, on the grounds that the facade seemed to be too closely inspired by some of the Paris buildings,