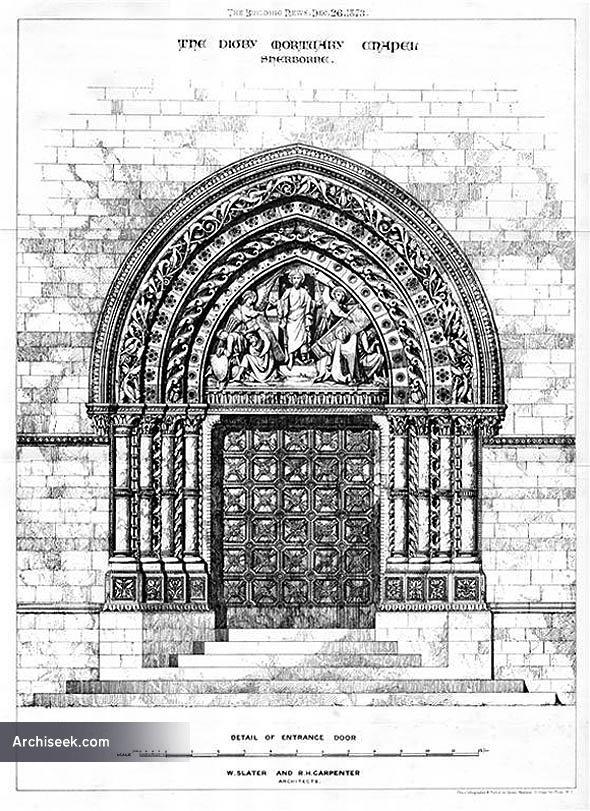 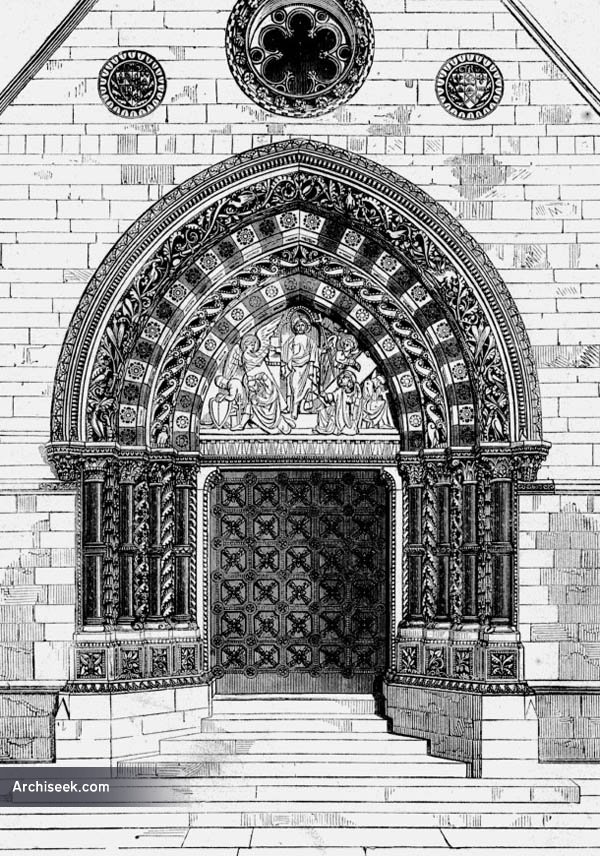 Published in The Building News 1872. Architectural partnership formed between William Slater & Richard Herbert Carpenter in 1863 and continuing until Slater’s death in 1872. “…the West Door of the Mortuary Chapel of the Digbys at Sherborne. The work was placed by Mr. Digby in the hands of the late Mr. Slater, (who was then restoring the Abbey at Sherborne) in tho year 1860, and it is not yet wholly completed. The internal length of the chapel is about 5.5 feet; it consists of four bays and an apse. There is a vaulted crypt under the whole. The doorway is executed in Studley stone, and the door is of bronze, rolling into a chase in the wall.”