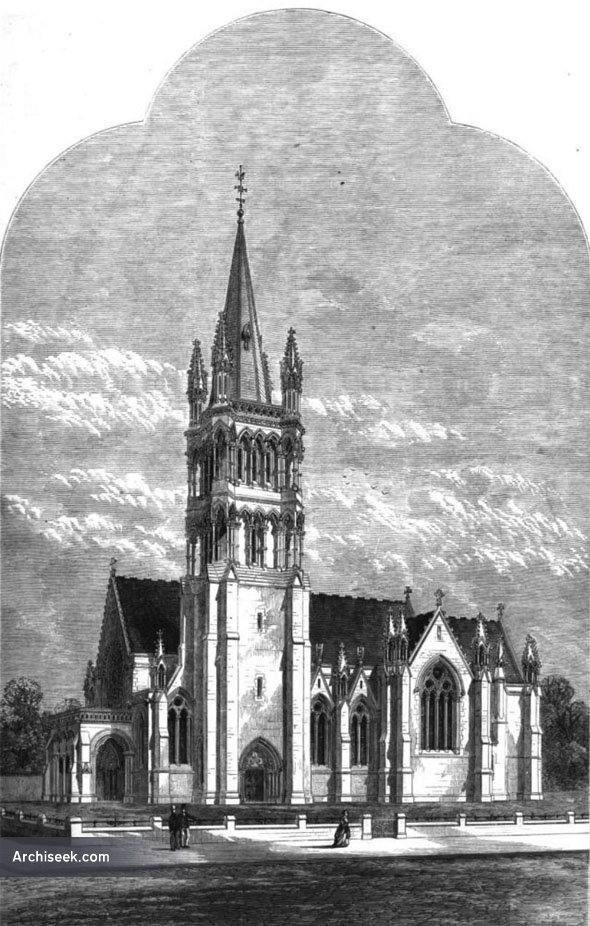 From The Builder: The plan ot this church includes a nave, north and south aisles, north and south transepts, chancel, organ-chamber, vestry, narthex, and tower. On 26 July 1867 the foundation stone was laid. The first part of the church to be completed was the nave which was consecrated on 9 April 1869. The rest of the building was completed in stages as funds permitted. The first addition was the north aisle which was completed in 1874, followed by the south aisle in 1880. Work on the chancel and vestries began in 1891, including installation of an organ which had been built in 1881. Plans were laid for full transepts and a substantial tower with spire, but these were never built.