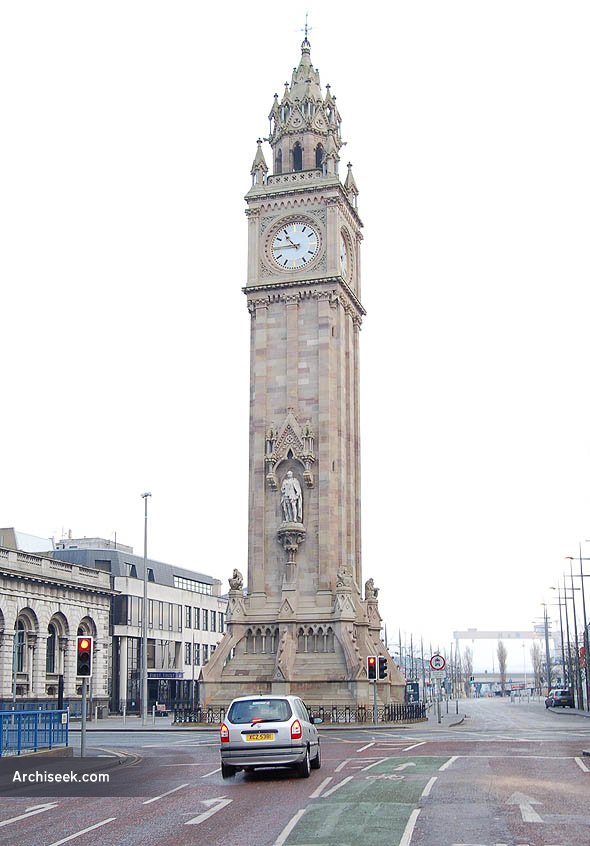 Constructed of sandstone as a memorial to Queen Victoria’s late Prince Consort, Prince Albert, the Albert Memorial Clock stands 113 feet tall. A statue of the Prince in robes of a Knight of the Garter stands on the western side of the tower. A two tonne bell is housed in the tower. Designed by William J. Barre. The sculpture of Albert is by S.F. Lynn. Built on wooden piles on marshy, reclaimed land around the River Farset, the top of the tower leans four feet off the perpendicular.