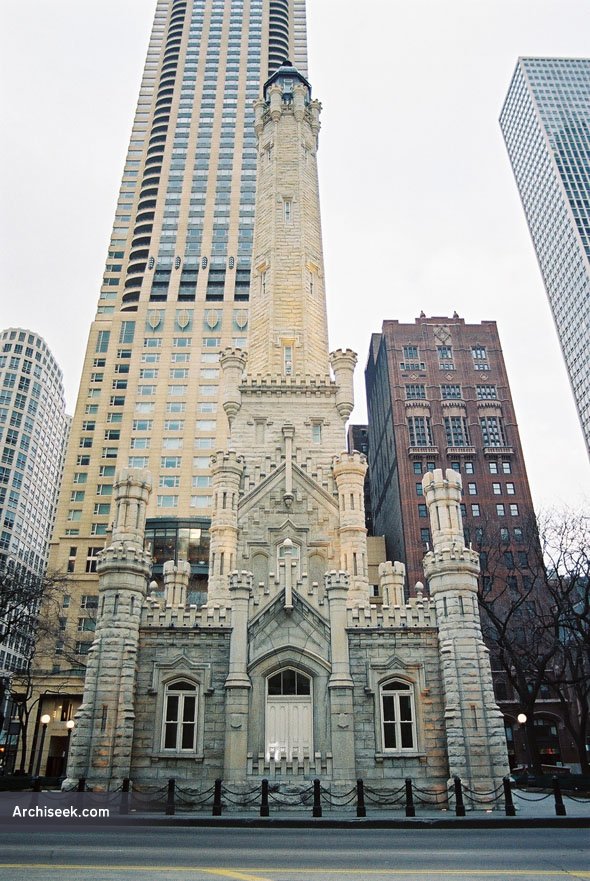 The old Water Tower and Chicago Avenue Pumping Station are the only public buildings to survive in this area on Michigan Avenue destroyed by the Fire of 1871. It was designed by the architect William W. Boyington to houses a 40 meter standpipe which was needed to equalize the pressure of the water pumped from the pumping station to the east. The total height of the tower is 154 ft or 47m. Designed in a castellated Gothic Revival style, it was described by Oscar Wilde as a “monstrosity with pepper boxes stuck all over it.” Since its survival of the Great Fire, the Chicago Water Tower became one of Chicago’s main symbols. The tower became functionally obsolete in 1911, although the pumping station still pumps water for the city.