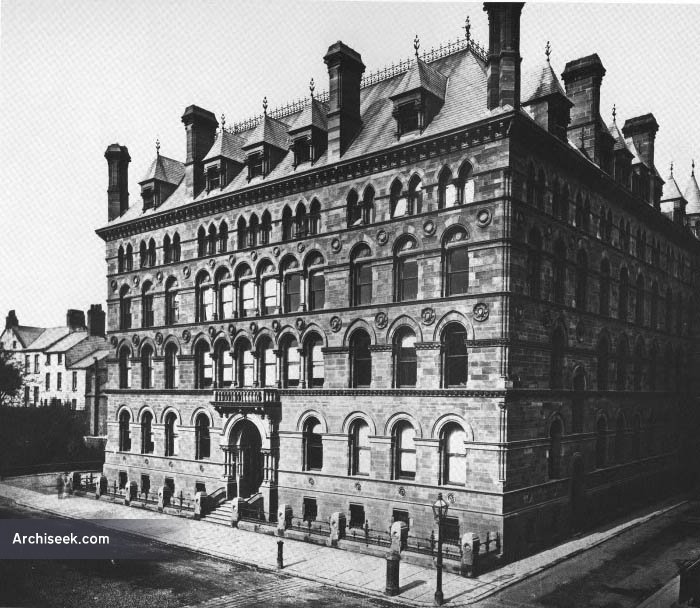 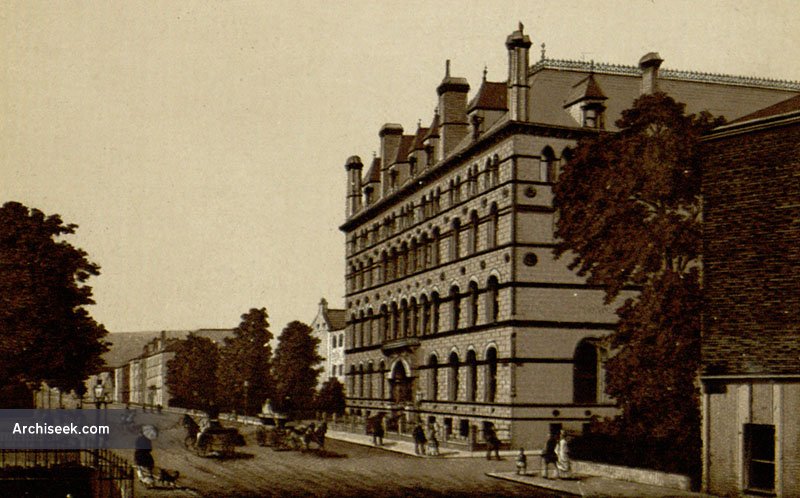 Built in 1867-69, this fine warehouse once had a fine dormered roofline and tall chimneys. These are alas, a memory as is the former interior which was destroyed in the blitz of 1941. Built in an Italian Gothic style to the designs of William H. Lynn for Richardson Sons and Owden, linen merchants. It became the offices of the Belfast City and District Water Commissioners before the Second World War during which it was badly damaged by German bombing and the interiors lost. The decorative spandrels contain the heads of lions. The building is now the Belfast store of Marks and Spencer.