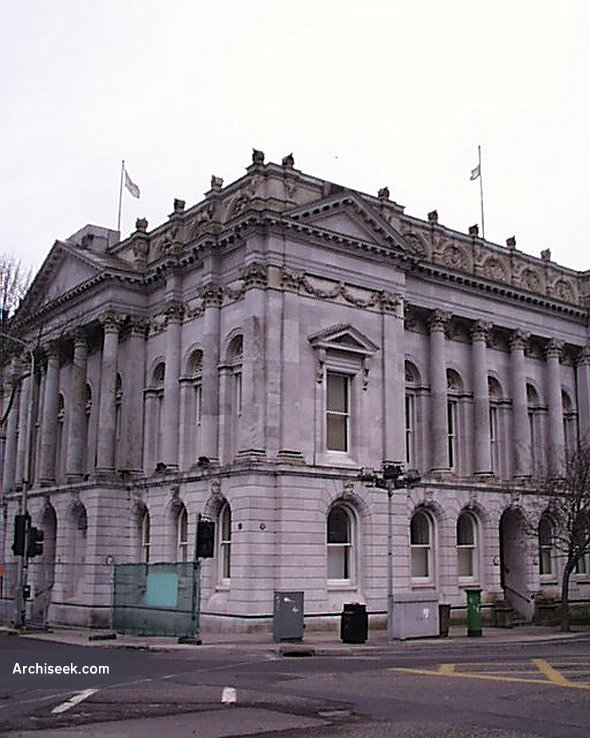 One of the most magnificent buildings in Cork, the Italianate plazzo built for the ‘Provincial Bank of Ireland’, was designed by W.G. Murray. A substantial and well-maintained building, it retains much of its original fabric and is central to the character of the surrounding streets. It isprominently sited at the end of the South Mall, opposite the Cork Savings Bank, designed by Thomas & Kearns Deane and with a clear view of the City Hall.

The design may be derived from his unsuccessful design for Cork City Hall of the previous year. The building has a rusticated ground level with a piano nobile with Corinthian columns. The interior has a galleried banking hall with a coved ceiling and central lantern. Was a branch of Allied Irish Banks after a series of mergers in the 1960s, now the headquarters of the Thomas Crosbie Holdings group of newspapers.