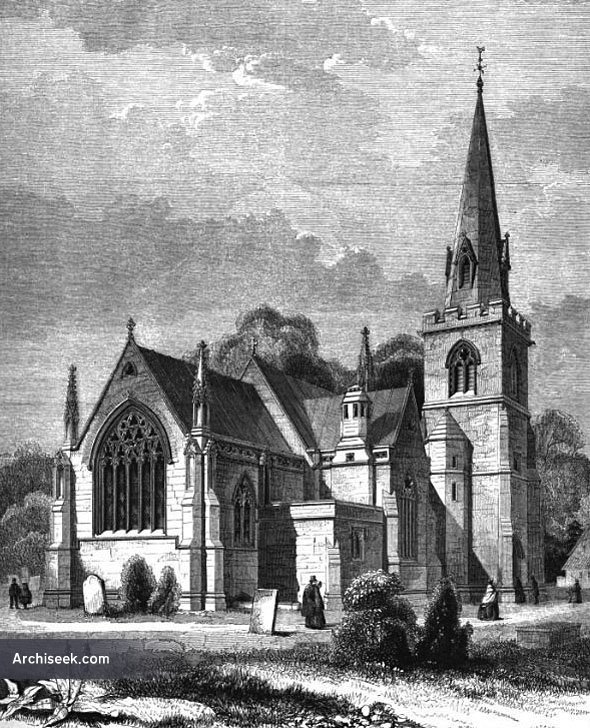 From The Building News, January 31, 1862: This little church near Ilminster Somerset was rebuilt a few years ago to the memory of Stephen Pitt Esq by his widow lately deceased. It is one of the smallest in the country, seats being provided for fifty persons only and was erected from the designs of Mr J. Mountford Allen architect of Crewkerne at a cost of upwards of 3100. The whole of the woodwork including roofs seating &co is of oak which together with the building stone was furnished from the estate. It consists of nave and chancel north transept comprising the manor pew south porch and tower at the north west angle of the nave containing a peal of five bells. The roofs are entirely covered with lead the whole of the windows filled with stained glass by O’Connor and the floor laid with encaustic tiles by Minton and Co.