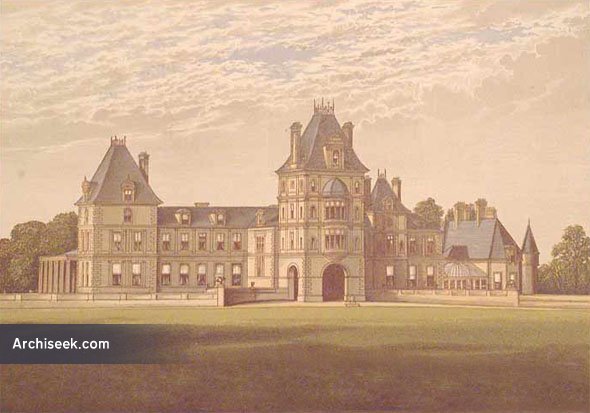 Parts of the grounds were landscaped by Capability Brown and the park was regarded as one of the largest and most important in Wales, containing several important monuments; a column by James Wyatt, erected in 1790 as a memorial to the fourth baronet; the Nant y Belan Tower and the Waterloo Tower. In 1858 Wynnstay was destroyed by fire. The Williams-Wynn family built a new mansion on the same site.

Owing to heavy death duties, the Williams-Wynn’s moved from Wynnstay to nearby Plas Belan, a house in the estate grounds, and finally left Ruabon for ever in 1948, severing a link with Ruabon of over two centuries.Much of the estate was put up for sale and the house became a private school. The school itself closed in bankruptcy in 1994 and the house was converted into luxury apartments.The organ at Wynnstay was built by Snetzler in 1774 for Sir Watkin Williams-Wynn’s London home in St James’s Square but was moved to Wynnstay in 1863. During the sale of Wynnstay and its contents, the organ, and many other treasures, were acquired for the nation and are now displayed at the National Museum in Cardiff.