1860 – Proposal for the National Gallery, London 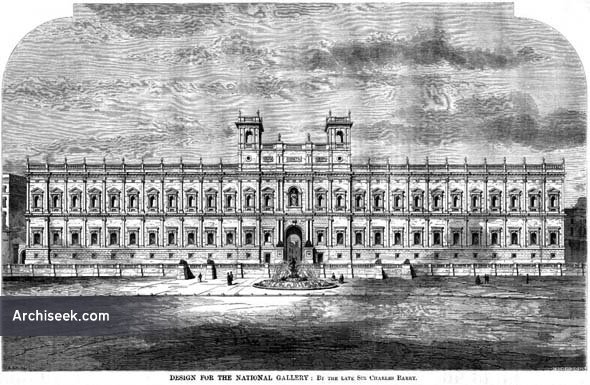 Over the years, general unhappiness with the existing National Gallery resulted in several attempts either to completely remodel the National Gallery (as suggested by Sir Charles Barry in 1853 and again here in 1860), or to move it to Kensington. Eventually the building was remodelled and extended over the years, notably by Barry’s son Edward Middleton Barry in the 1870s.