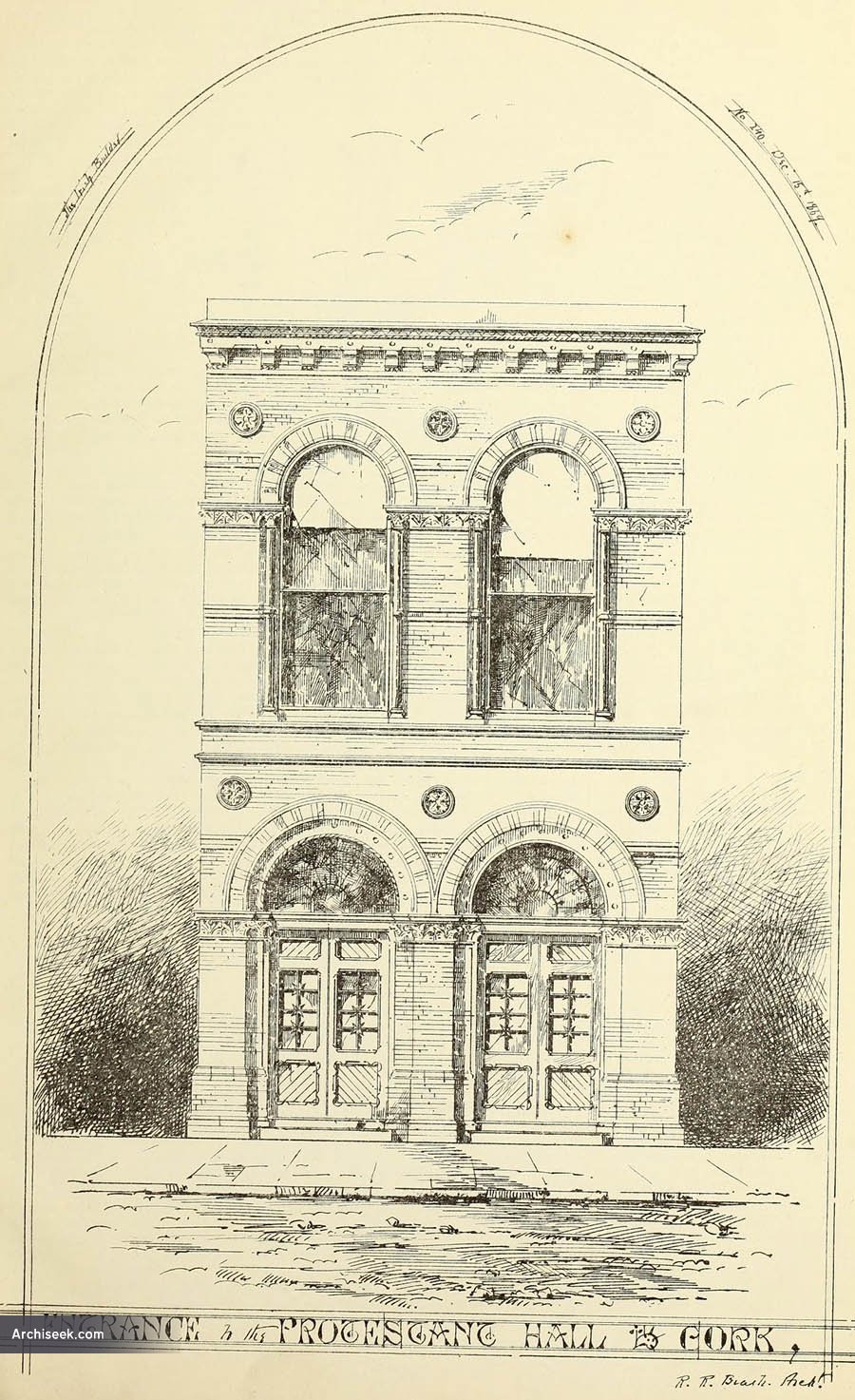 ‘The Assembly Rooms’, designed by Richard Rolt Brash c. 1860, originally known as ‘Protestant Hall’ hosting well know speakers and opera companies of the time. In 1911 it became a cinema and was known locally as ‘The Assems’. In 1964 it ceased as a cinema and has had various other functions since then. It remains significant for its beautiful facade of 1869 retaining much original external fabric and for its local historical importance.

“WE give an engraving of the front of the Protestant Hall, Cork, now in process of erection. The hall was erected some eight years ago, from the designs of Mr. Richard R. Brash, M.R.I.A., but the entrance leading to it from the South Mall was never completed; it is now proposed to cover in the entrance, which is 80 ft. long and 20 ft. wide, and to erect a reading-room and other offices over the space. The new buildings have been designed by the same architect, and have been contracted for by Mr. R. Walker, builder, of Cork. The front will be executed in Henderson’s white brick and Portland stone, the plinth and bands in white limestone.” Published in the Irish Builder, Vol. XI, 1869.