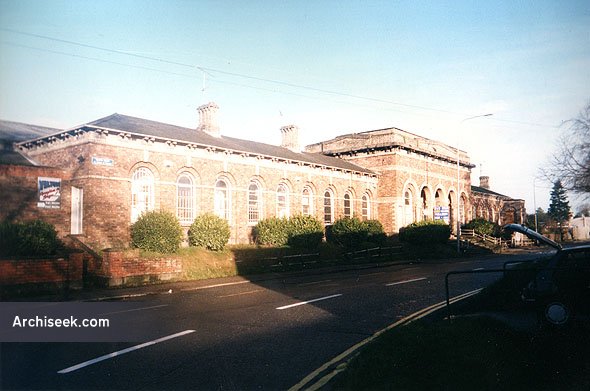 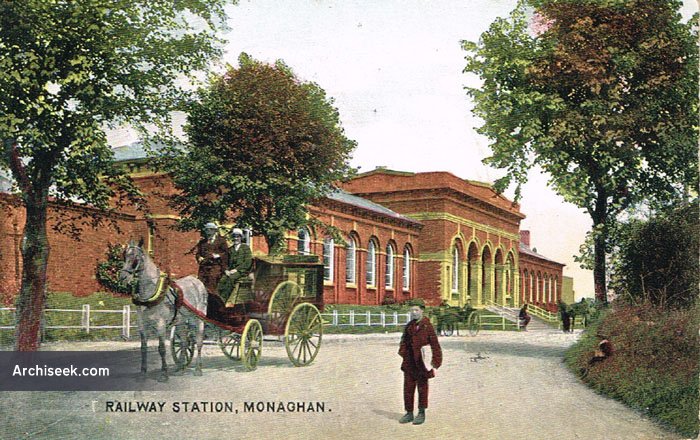 The Railway Station possibly designed by Sir John MacNeill on a more modest scale than his masterwork at Portadown with some later adaptations by William G. Murray. A long building of 23 bays – the central five are broken forward with the centre three acting as the entrance to the building. These are surmounted by a shallow pediment.

The long single storey range of nine bays to each side contain round headed windows. The building is constructed on polychromatic brick with a creamy colour used as a decorative relief. The building has ceased to be a railway station and is now used for a mixture of commercial activities. Unfortunately this has meant the destruction of the track-side of the station with its iron and glass canopies.

From The Irish Builder, February 1 1863: “The new station at Monaghan, in connexion with the Ulster Railway, was recently opened for both passengers and goods. The new building is somewhat nearer to the business part of the town than the old one which was in a dilapidated condition.”