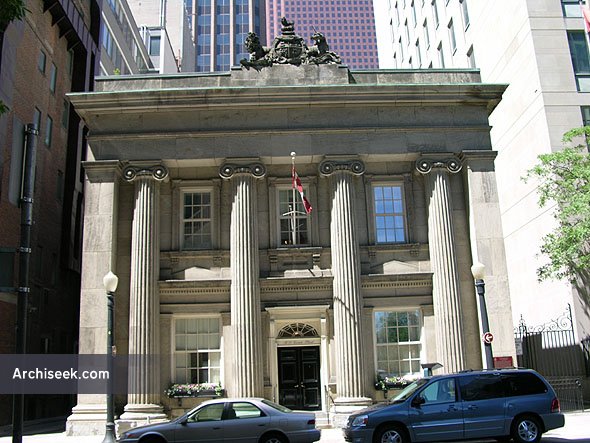 In the mid 19th century with Toronto growing rapidly a new more modern post office was needed as the 6th Post Office (1845-1852) on Wellington just west of Leader Lane was getting overcrowded. The site chosen for the new post office on Toronto Street, the 7th Post Office as it was known, was built by architect Frederick Cumberland and opened in 1853. With its Ionic columns and stone carved Coat of Arms high above the entrance the 7th Post Office lead the way in a long list of buildings constructed over the next 50 years in the classical Roman and Greek inspired style.

When it first opened there were two front doors as opposed to the one it has today with an entrance for gentlemen and one for ladies. By 1872 an even larger 8th Post Office was built just up the street and the 7th became an office for the Internal Revenue department placing just the one door in the centre.

In 1937 No. 10 Toronto Street becomes a branch of the Bank of Canada and remained so for the next 22 years. It later became the headquarters of a large business, the Argus Corporation, which later became Hollinger, which in the 1990s became one of the largest newspaper owners in the world before collapsing.