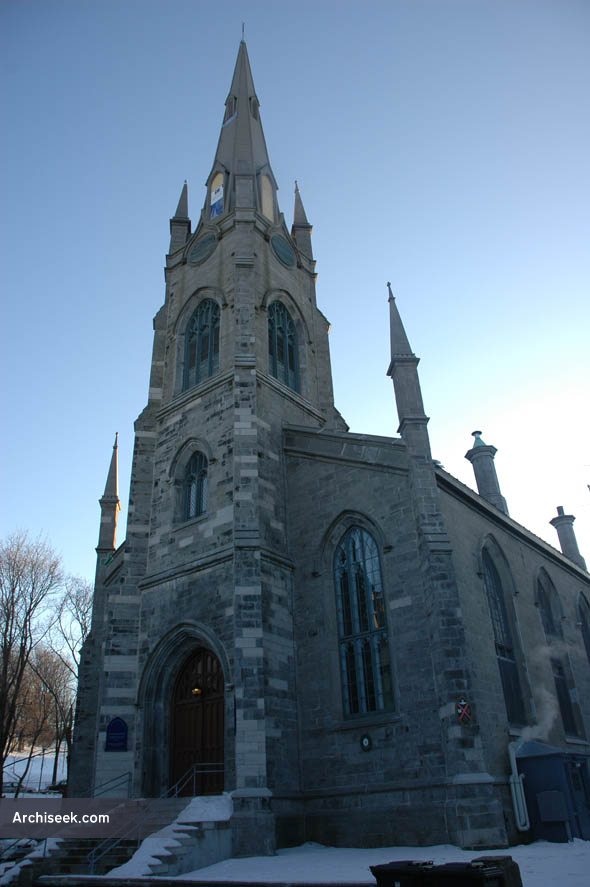 This church, inaugurated in 1853, carries the name of Chalmers in honor of Reverend Thomas Chalmers, a former Scottish pastor and former head of the Free Church movement in Scotland. Chalmers-Wesley Church, erected following the architectural plans of John Wells, is characterized by its neo-Gothic architecture and by its interior décor that is typical of the Protestant religion.