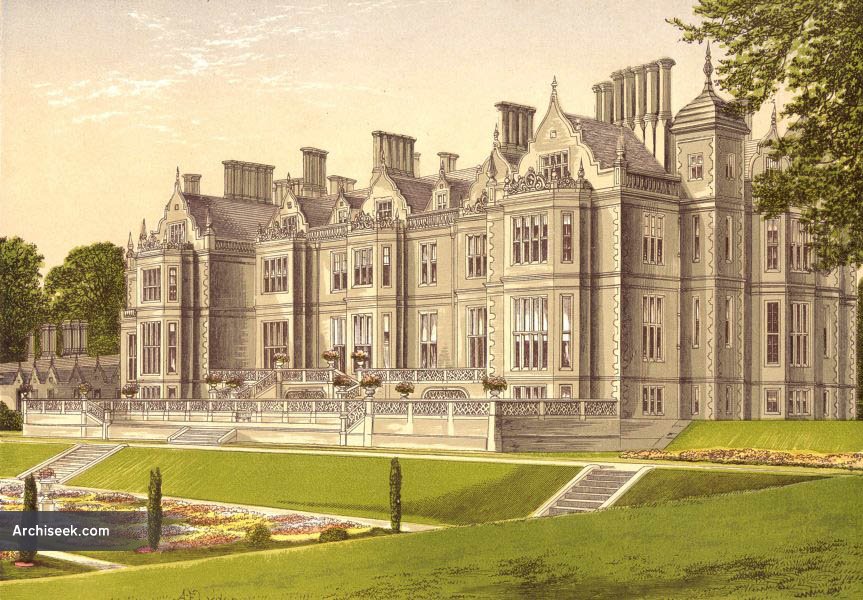 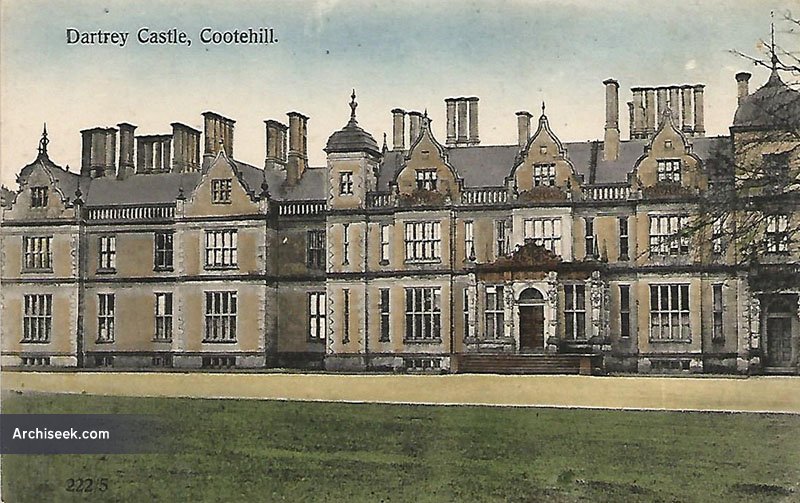 Also known as Dawson Grove, Dartrey was built in 1846 and designed by William Burn as a large Elizabethan Revivial mansion to replace an earlier house on the site. Built for Richard Dawson, 3rd Lord Cremorne and later 1st Earl Dartry, it had very long façades with legions of mullioned windows, oriel windows, tudor chimneys and curvilinear gables relieved by square turrets with cupolas.

On the garden front (pictured) was a two level terrace facing onto Lough Dromore. On an island in the lake there was also a fine Mausoleum to the design of James Wyatt from around 1770 which was recently restored.

The house was demolished in the 1950s – after remaining empty for many years, the house was lent by the last owner to the RSPCA for a ball after which the County Council demanded rates for the house. All that remains of the estate are various gatehouses, the Mausoleum and a fine stable block built around five sides of an octagon – built around 1850 to the design of William Burn.