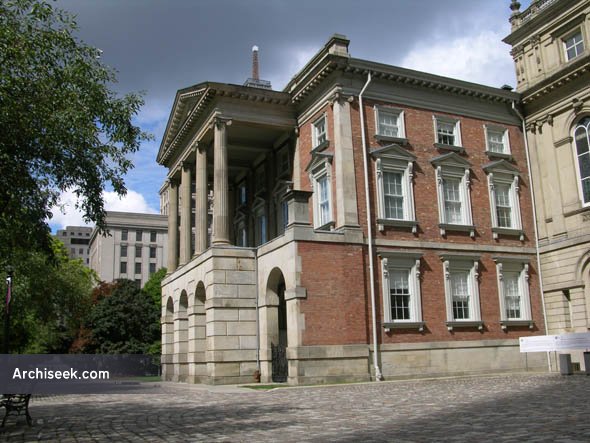 The original two and a half storey building was started in 1829 and finished in 1832 from a design by John Ewart and W. W. Baldwin. The structure was named after William Osgoode, the first Chief Justice of Upper Canada (what is now the Canadian province of Ontario).

An 1844 expansion was designed by Henry Bowyer Lane included the addition of the portico and columns. In 1846 the Law Society entered into an agreement with the government to house the province’s Superior Court at the hall. Today, the building is jointly owned by the Law Society and the government of Ontario.

From 1855 to 1857 the building was refurbished and enlarged again, according to a design by the firm Cumberland and Storm, to accommodate courts with the original 1829 building becoming the east wing. From 1880 to 1891 the building was again expanded twice in order to accommodate the law school. Despite the expansions, the hall presents a unified design in the late Palladian style.