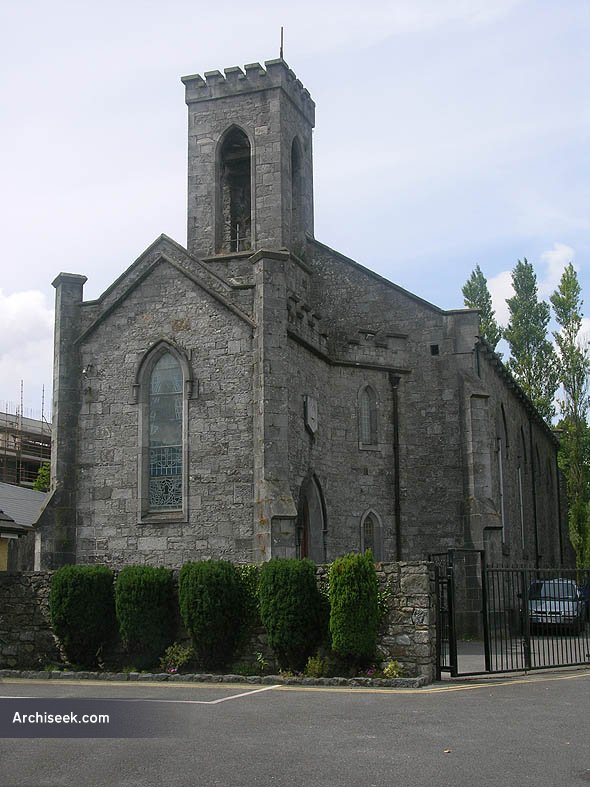 An early-Victorian Gothic Revival church with an unusual combination of small belfry and large porch. It retains its original form and much of its original fabric and fittings. Built to designs by Joseph Welland (1798-1860), a noted church architect of his day who was responsible for all Church of Ireland building projects in Ireland from 1843. This church is built on the site of the Priory of SS Peter and Paul, built c. 1200, and then a Church of Ireland church built in 1804 and later demolished to make way for this. Closed by the Church of Ireland in 1941 and later donated to the Roman Catholic Church in 1992.