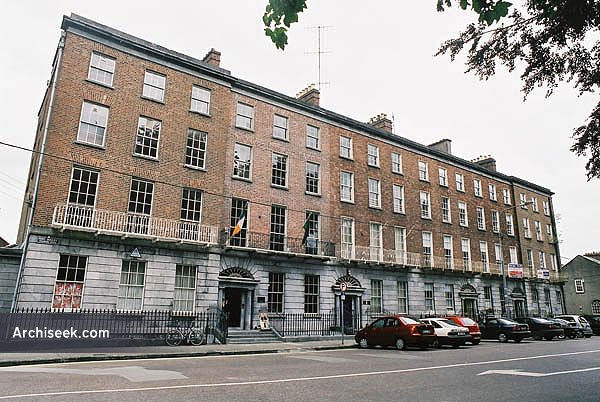 This terrace in Pery Square was built in 1838, and is one of the finest example of Georgian architecture in the city. It is the only terrace in the city which is symmetrically designed. The houses at either end have gable entrances.

The houses by the Pery Square Tontine Company using a financial device, a Tontine, which was quite common then but is now banned. There were 89 shares which cost £120 per share. Each share had a life nominee and while this nominee was alive, the shareowner received dividends from the rental income earned by the company. But as each life died so also did the share it represented. The process continued until only six shares were left. The owners of these six shares got a house each.