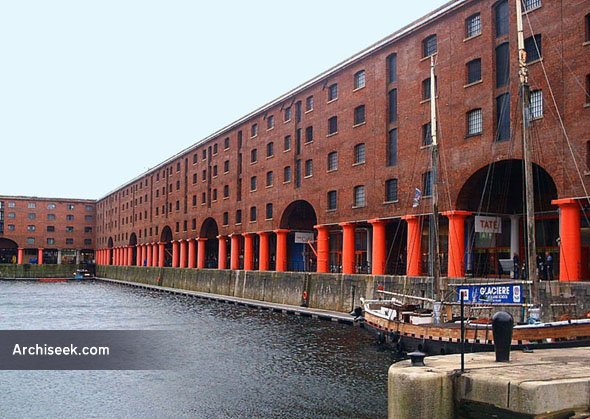 The Albert Dock in Liverpool, England, was opened in 1846 and was based on plans submitted in 1839 by the architect Jesse Hartley for a combined dock and warehouse system. Built entirely of cast iron, brick and stone, the Albert Dock was the first building in the UK to be constructed in such a manner. It was also the first non-combustible warehousing system in the world. In 1848 it was upgraded to feature the world’s first hydraulic warehouse hoist system. The dock closed to shipping in 1972 and suffered from dereliction for a period until it was redeveloped in the early 1980s by the Merseyside Development Corporation. The buildings now contain a variety of bars, restaurants and museums as well as office space.The five Grade I buildings make the Albert Dock complex the largest set of Grade 1 Listed Buildings in the UK.