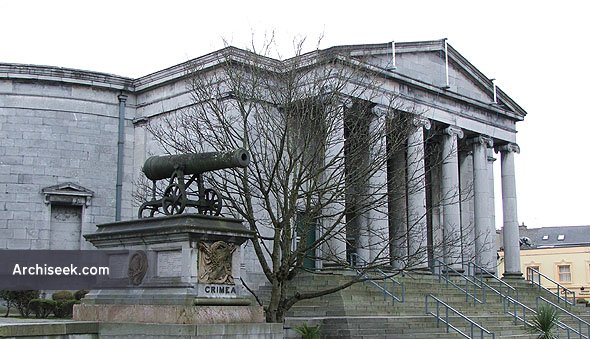 Tralee Court house was designed by William Vitruvius Morrison and built in 1835. A austere building set above the street and acessed by a large flight of steps, the courthouse has a fine portico and pediment. It has monuments of two cannons commemorating those Kerry men who died in the Crimean war (1854-1856) and the Indian Rebellion (1857). The exterior is largely as designed but the interior was reconstructed in the 1980s. Morrison`s name is inscribed on the architrave at the southern end of the portico.