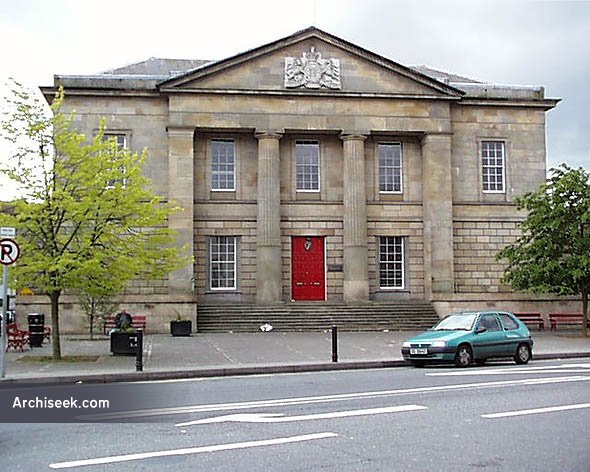 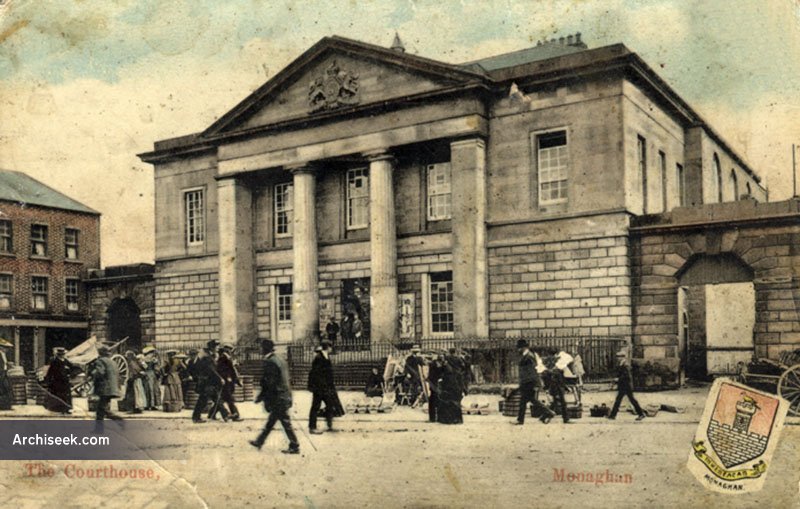 The Courthouse was probably designed by Joseph Welland, a student of John Bowden, and cost around £10,000. A fine building constructed from large blocks of yellowish stone and placed on a plinth of ten steps. The main façade has a strong pediment and coat of arms carried by half fluted doric columns. Originally three doorways opened into the interior – two were later converted to windows – and with a 2011 restoration, have since being converted back. An earlier proposal of 1826 by William Deane Butler was rejected as it was felt that it lacked gravitas.

The stonework throughout is very good with a heavily rusticated ground floor. The stone ws sourcThe building is flanked by two demi-hexagonal archways. The twin courtrooms inside are lit by three round headed windows in the sides of the building. escribed by Lewis in 1837 as “The county court-house, situated in the centre of the town, is a handsome modern building of hewn stone, containing spacious court-rooms and all requisite offices, and in every respect well adapted to its purpose.”

The building was destroyed by fire during the 1980s by Republicans and has now been fully restored.