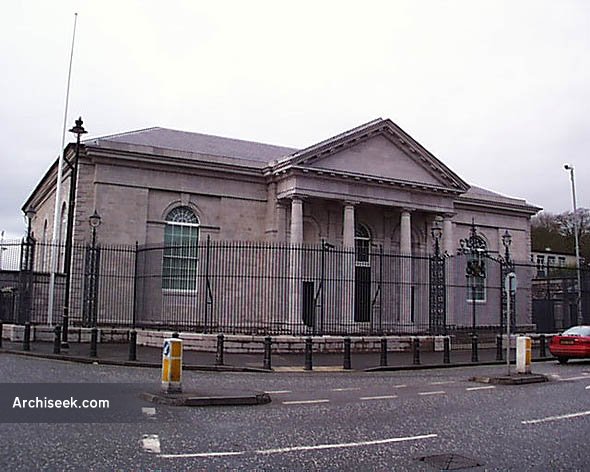 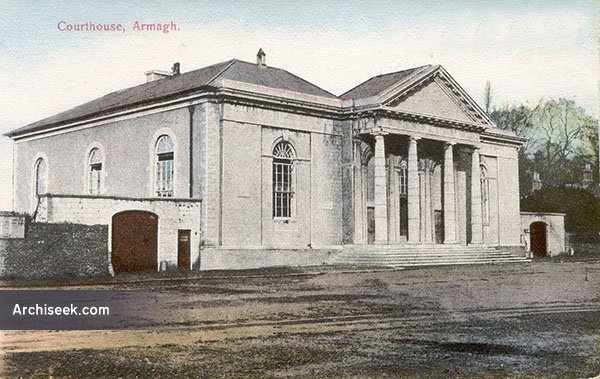 The courthouse by Francis Johnston is a relatively simple affair and should be compared with the larger Courthouse built in nearby Monaghan only twenty years later. Armagh Courthouse is a three space building, a central hallway with a courtroom on either side, each of these lit by tall round headed windows. The external façades are crisply detailed with very slender columns supporting the plain portico.