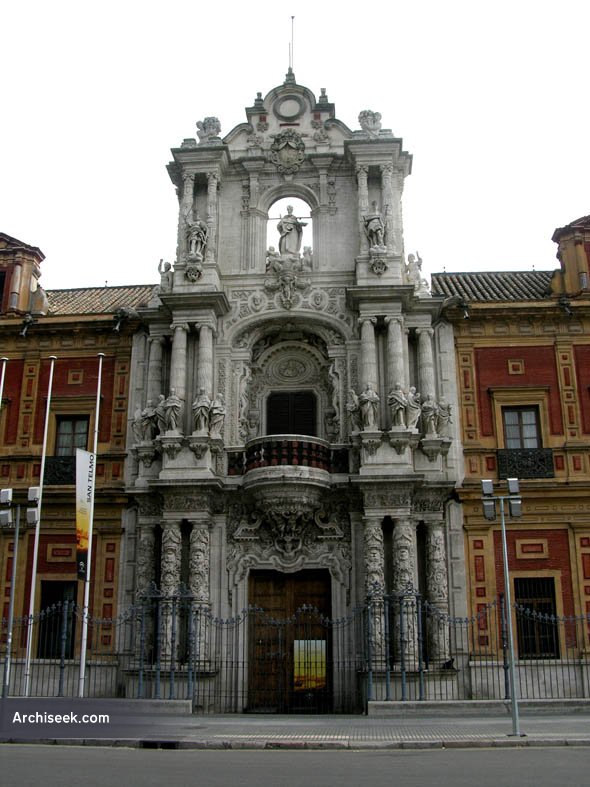 This magnificent palace was built in 1682 to serve as a marine university, training ships, pilots, navigators and high ranking officers. It is named after St. Telmo, the patron saint of navigators. In 1849 the palace became the private residence of the Dukes of Montpensier until 1893 and the vast grounds included what is now the Parque Maria Luisa. The building became a seminary in 1901 and today is the presidential headquarters of the Junta de Andalucia – the regional government.

The palace’s main feature is the exuberant Churrigueresque portal overlooking Avenida de Roma by Antonio Matias de Figueroa, completed in 1734. Surrounding the columns are allegorical figures of the Arts and Sciences. St Telmo can be seen holding a ship and charts, flanked by the sword bearing St Ferdinand and St Hermenegildo with a cross.