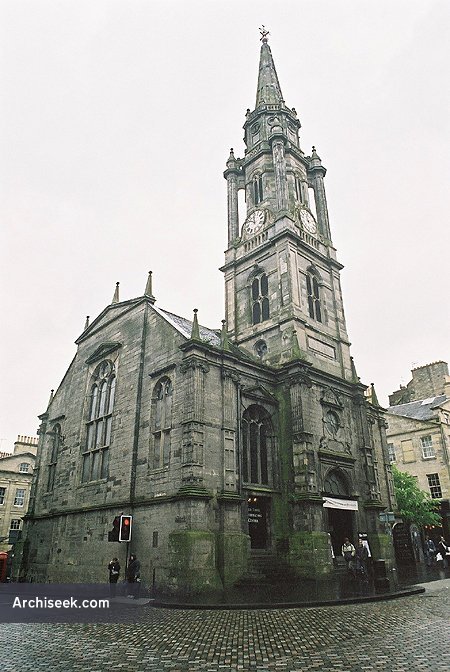 Midway between the Castle and Holyrood Palace on the Royal Mile, Tron Kirk has been much adapted over the centuries. Originally it was T-shaped in plan, but it was shortened and had its south aisle removed during the construction of the South Bridge in 1785-87. The steeple is a replacement, added in 1828 by R & R Dickson. It is an odd looking church, its fine steeple dominating the composition. The pediments are curiously flat in design.