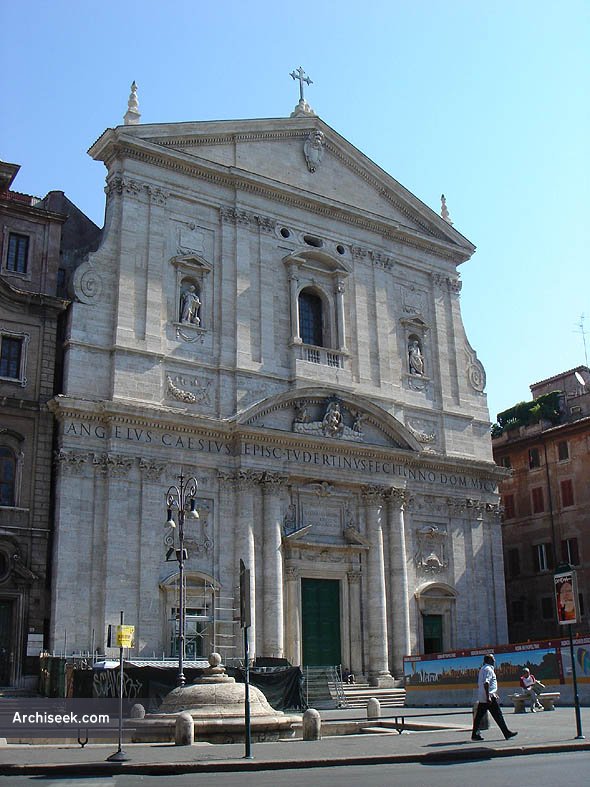 Initially the architect was Martino Longhi the Elder, but he was replaced later by Matteo da Castello. The nave was completed in 1577, and the church was consecrated in 1599. The facade, designed by Fausto Rughesi, was completed in 1605 or 1606.