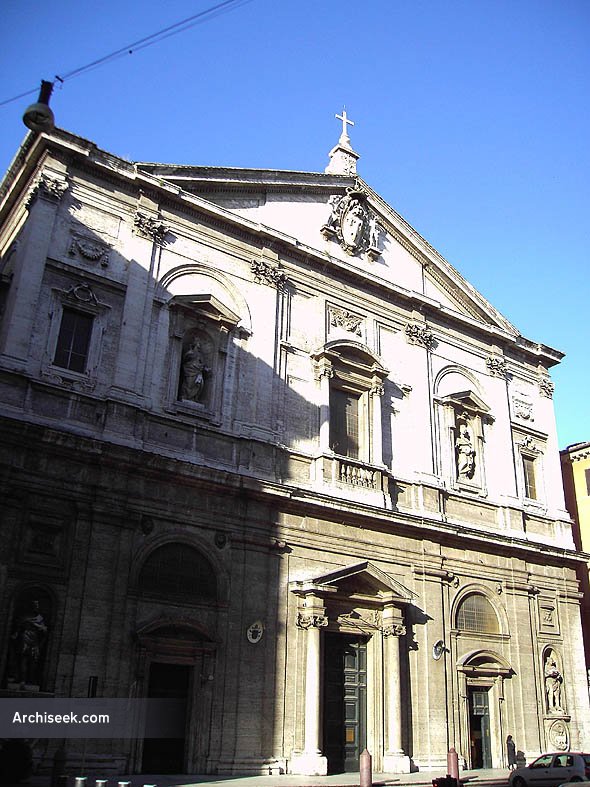 The church was designed by Giacomo della Porta and built by Domenico Fontana between 1518 and 1589: the works would be completed through the personal intervention of Caterina de Medici. It is the national French church of Rome and actually entitled to the Virgin Mary, to St. Dionigis Areopagitas and St. Louis IX, king of France. The French character is evident since the facade itself, which has several statues recalling national history: these include Charlemagne, St. Louis, St. Clothilde and St. Jeanne of Valois. The interior also has frescoes telling the stories of St. Louis (by Charles-Joseph Natoire), St. Dennis and Clovis.