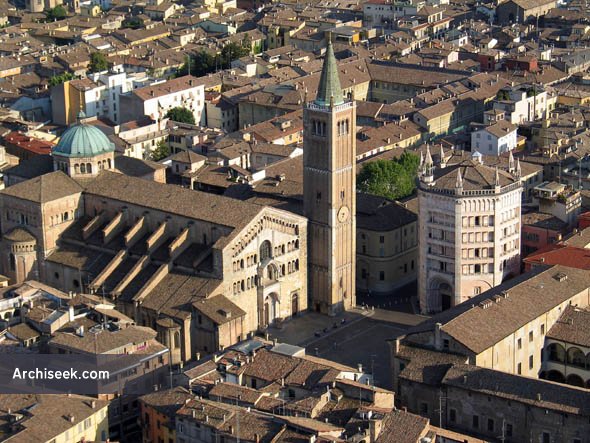 The construction of the Duomo was begun in 1059 by Bishop Cadalo and was consecrated by Paschal II in 1116. The new church was heavily damaged by an earthquake in 1117 and had to be restored. Of the original building, remains can be seen in the presbytery, the transept, the choir and the apses, and in some sculpture fragments. The wide façade was completed in 1178: it has three loggia floors and three portals, whose doors were sculpted by Luchino Bianchino in 1494. The Gothic belfry was added later, in 1284-1294: a twin construction on the left side was planned, but it was never begun. Beside the Cathedral lies the octagonal Baptistry of Parma.