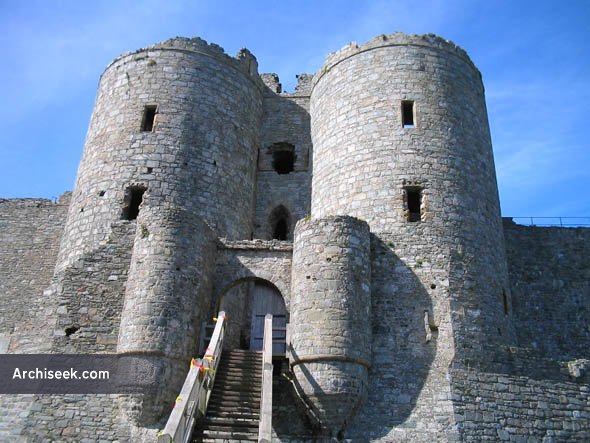 Harlech Castle, begun in 1283 by Edward I of England, captured by Owen Glendower, and later the stronghold of Henry Tudor. The castle was originally built next to the sea, but geological processes have changed the shape of the coastline, and the castle now lies on a cliff face, about half a mile inland.