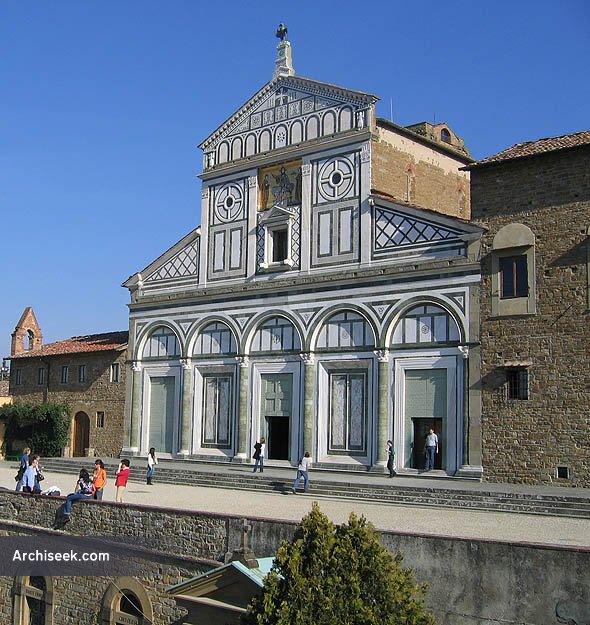 Construction on this church, one of the finest examples of pure Florentine Romanesque architecture, first started in 1018, thanks to Bishop Ildebrando, and continued until 1207. The facade was carried out in white Carrara and green Prato marble and divided into two orders linked together by rhombiform inlaid work.

The geometrically patterned marble façade was probably begun in about 1090, although the upper parts date from the 12th century or later, financed by the Arte di Calimala (cloth merchants’ guild), who were responsible for the church’s upkeep from 1288 (the eagle which crowns the façade was their symbol). The mosaic of Christ between the Virgin and St Minias was made in 1260. The campanile collapsed in 1499 and was replaced in 1523, although it was never finished.