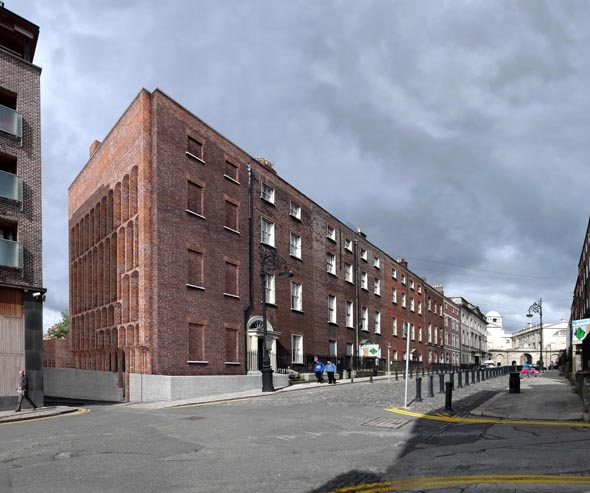 The commission of an Open Ideas Architectural Design Competition to address the site of No. 16 Henrietta Street was enshrined as a policy in the Henrietta Street Conservation Plan, (2006). The competition was organised by the Royal Institutes of Architects of Ireland (RIAI). The competition aimed to establish a design framework for the development of the site, which is informed by the Conservation Plan and best architectural practice, and to generate debate and discussion on the challenge of contemporary design as in-fill in sensitive historic settings.

Design approaches were open to each entrant and could include designs sympathetic to the context and setting without being archaeologically correct or historically precise, and which is not pastiche; and infill design that contrasts strongly with the architectural language, setting and context of Henrietta Street. 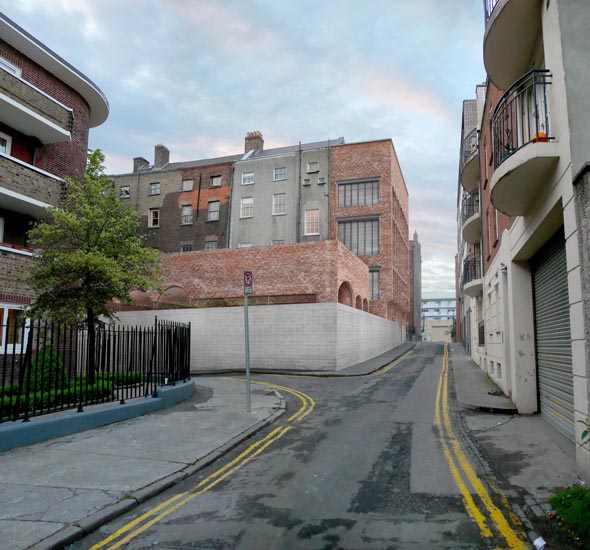 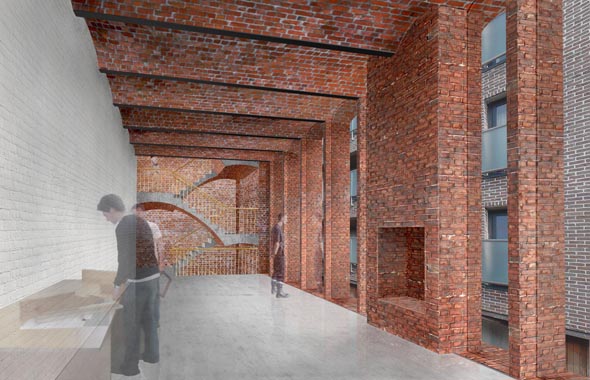 Competitors were asked to consider: The potential for infilling of the site; The appropriateness of reinstatement/new design; The exploration of new architectural forms within a highly sensitive and architectural important street such as Henrietta Street; How to contextualise, in form and materials, a contemporary architectural language within a streetscape that embodies subtly varied Palladian architectural principles built over a 34-year period between c. 1721-1755 (with later alterations), largely expressed through the use of red brick; The most desirable use for such an in-fill building within a street characterised by residential, fourth level educational, institutional, artistic and cultural use.

79 entries were submitted, and the vigour and strength of many of the entries is very impressive. The enormous amount of thought, consideration, effort and man-hours spent on such a modest one-stage competition is overwhelming.

It is noted that no one submission is considered a complete finished approach and there were reservations expressed about all of the design approaches. However, the assessors were particularly impressed by the number of approaches taken to consider the brief for the infill of this end-of-terrace site on Henrietta Street. The assessors summarised these approaches for discussion purposes as follows: the Polemic, the Monument, and the Void.

The site posed an enormous challenge given its narrowness and limited dimensions, its awkward topography, and the sensitive historic context of Henrietta street and in particular its relationship with No.15. At risk of stating the obvious, the more successful submissions worked with rather than against these limitations. Choice of material, scale and form are clearly fundamental in such a pivotal position within a strong physical context and the assessors’ views were affirmed, charmed, challenged and perplexed in turn by each approach. This entry was considered unanimously the most successful. It is distinguished by a number of factors: