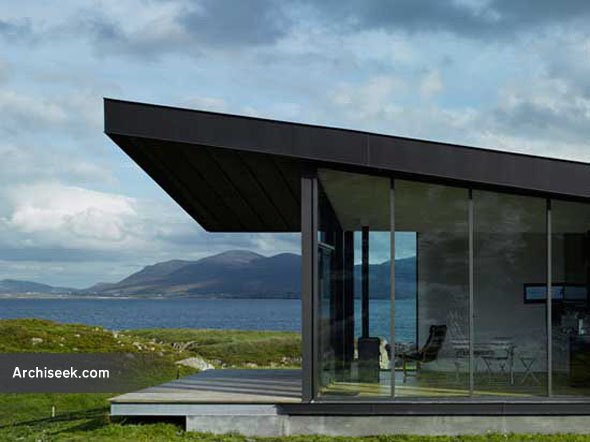 A private house overlooking Lough Swilly in Co Donegal is the first winner of a major Irish architectural award to be voted on by the public. Tuath na Mara won the first Public Choice Award category in the Royal Institute of the Architects of Ireland (RIAI) annual awards, which were presented at a ceremony in Dublin last night. Almost 5,500 people voted in the public award. The house in Portsalon, with its zig-zag roof to catch both the rising and the setting sun, also won Best House award. Architect Tarla MacGabhann, who designed the house with his brother Antoin, said the public award was “profoundly more important” to them than awards they have won from their peers. “What we do as architects must be experienced and encountered by the public on a daily basis. That’s what really matters. This is a public endorsement,” he said. Their firm has also been nominated in a category for the internationally renowned Stirling Award for the new regional cultural centre in Letterkenny.