O’Connell monument must be moved for Metro work 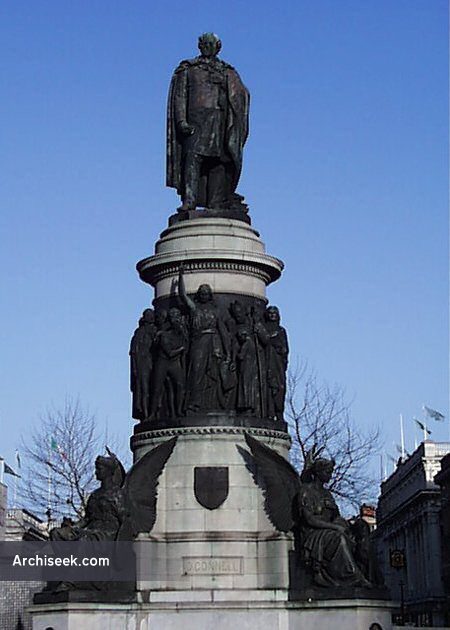 The O’Connell monument, which survived the devastation of O’Connell Street during the 1916 Rising and the Civil War, will have to be taken down from its pivotal position to facilitate a huge excavation for one of the underground stops on Metro North. Other statuary scheduled for temporary removal include the William Smith O’Brien monument on O’Connell Street, the Thomas Moore statue on College Street, and the statues of Lord Ardilaun and Robert Emmet and O’Donovan Rossa memorial in St Stephen’s Green. The Fusiliers’ Arch at the northwest corner of the green would have to be removed for the construction of a terminal stop at this location. Railings and trees would also have to be removed as some 20 per cent of the green becomes a building site. So would the African Rose bowl, erected as recently as 2006, as well as “foot rails, perimeter railings, perimeter granite footpath, granite bollards and metal bollards and Victorian landscaping, including the Pulham rock”, according to the the Railway Procurement Agency’s Environmental Impact Statement.