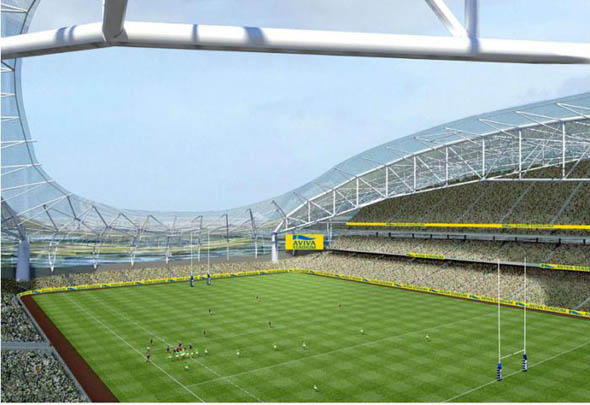 Taking shape across the skyline of Dublin is the transformation of the city’s Lansdowne Road stadium into a state-of the-art sporting venue for rugby and football. The site’s existing constraints all had to be borne in mind in the design for the new stadium. There are railway tracks and underpasses to the west, a culvert to the north, and training pitches that had to be maintained to the east of the site. But it is the stadium’s sensitive suburban context that has generated a first in the typology – its unique undulating form. As HOK Sport director Ben Vickery explains: “We knew that the givens were creating a modern 50,000-seat stadium with associated access, concourses, corporate entertainment and restaurants, and all this had to be placed on the existing site. But it was the area’s residential nature that forced us to create a design that responded to its location in the city.” The main constraint was that the height of the building could not overshadow the residential areas to its north. As a result, the stadium’s north side is 15m high, with one tier of seating, while the east and west sides rise to four tiers and 40m. The south side is lower again.