Bank in a brave new world 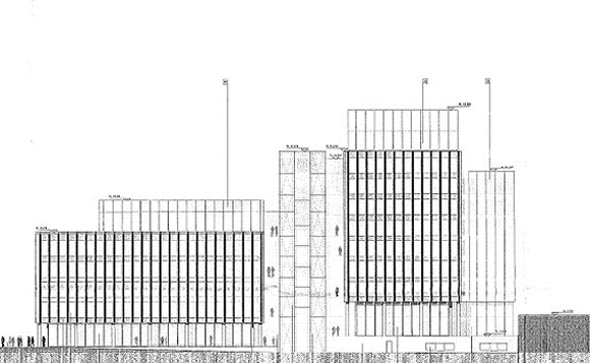 Years ago, after the battle for Georgian Dublin had been joined, it was a common theme – almost an article of faith – for architects to argue that the 18th-century houses conservationists sought to save were “only built to last a lifetime”; it is no thanks to this grim-reaper view that so many are still standing, after more than two centuries. Now we are being told by HKR Architects that the Bank of Ireland’s headquarters in Baggot Street “has come to the end of its working life” – after just 30 years – and needs to be radically altered, upgraded and extended to create “market-leading [office] space, fit for the future demands of an international corporate headquarters building”. What the bank’s headquarters and the Georgian houses around Merrion and Fitzwilliam squares have in common is that they are all protected structures – even though Scott Tallon Walker’s three-block composition, clad in Delta manganese bronze, was only completed in 1978, at the expense of demolishing five late 18th-century buildings. The Bank of Ireland was Ronnie Tallon’s homage to his great hero, Ludwig Mies van der Rohe. Its bronze façades are carbon copies of Mies’s Seagram Building on New York’s Park Avenue from 1958 – right down to the detail of I-beams and double re-entrant corners; it also has exactly the same layout as Mies’s Federal Centre in Chicago.